When Judeans were Exiled 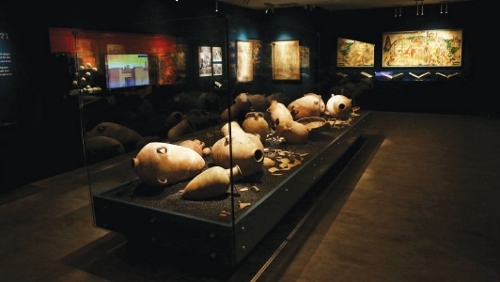 We recently enjoyed the new exhibit at the Bible Lands Museum in Jerusalem, across from the Israel Museum. Entitled By the Rivers of Babylon, the exhibit displays "original artifacts dating to the destruction of Jerusalem and the Babylonian Exile [586 BCE], including clay tablets [over 100 cuneiform tablets that detail trade in fruits and other commodities, taxes, debts and credits] from the Al-Yahudu archive (named after the area that the Judean exiles settled, in southern Iraq) which display fascinating evidence of the lives of the exiles." These tablets are one of the most important archaeological finds ever pertaining to the history of the Jewish people. (www.bimj.org)

The Babylonian Exile wasn't the first time that Israelites were banished from the Land of Israel. Following the death of King Solomon, fraternal strife soon led to the splitting of Solomon's large kingdom into competing entities: the kingdoms of Israel in the North and Judah in the South. Israel's 19 kings (who reigned between 925-721 BCE) were particularly evil, especially when it came to persistent idol worship. The Kingdom of Israel was eventually destroyed by the leading power of the time, Assyria. The Assyrians dispersed the Israelites to the hinterlands, while bringing in captive populations from other conquered areas. The exiles became known as the "Lost 10 Tribes," remnants of which can (perhaps) be found even today in far-flung locales in Africa and Asia.

The 20 kings of Judah (925-586 BCE) had a mixed record, but most of them were also evil. In the meantime, the Babylonians had usurped the Assyrians and were supreme in the region. After the Babylonians took control of Judah, the first exile of Judeans occurred in 605 BCE. The Babylonians expelled 10,000 of the elite classes back to Babylon, where they were settled in the capital city and groomed to become part of the upper classes, such as the prophet, Daniel. 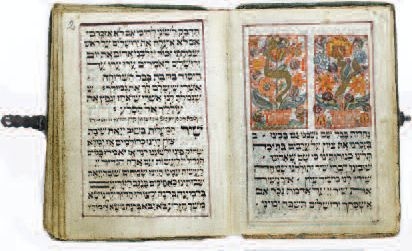 In 586 BCE, the Babylonians overcame the revolt of the Judeans led by their Babylonian-appointed puppet king, Zedekiah. The troops of the powerful Babylonian king, Nebuchadnezzar II, destroyed the First Temple and razed the city of Jerusalem. Most of the inhabitants were exiled to the smaller city Al-Yahudu in Babylon, leaving only the lowest class of Israelites behind. All didn't work out well for the Babylonians however, and they soon fell victim to the invaders from the East, the Persians, in 539 BCE. The Persian king, Cyrus the Great, had a policy of allowing exiles to return to their homelands, an approach which encouraged loyalty among his new subjects. Within about 20 years, some of the Judeans returned to their homeland, where they began to build the Second Temple.

The descendants of those Judeans (plus other Jews who came later) remained in Babylon for thousands of years. Some prospered and may eventually have been among those who wrote the Babylonian Talmud, about one thousand years later. Some scholars credit the Babylonian Talmud for underpinning what eventually became the rabbinic tradition which Jews follow today (the replacement of the Temple-centered priests.

Mesopotamia at the time of the Babylonian Empire included today's eastern Syria, southeastern Turkey, and most of Iraq, although these "modern" borders are currently in flux because of intra-Muslim strife. Hundreds of thousands of Jews lived in these areas early in the 20th century. Though they no longer had to pay the jizya (tax paid to Muslim authorities by "infidels"), Jews were victims of harsh discrimination and blood libels, which often led to violence, including pogroms, most notably in Iraq in 1941 (farhud - www.zionism-israel.com).

Some Jews continued to prosper as physicians, traders, and bankers in, for example, Aleppo, Syria; Tehran, Iran; and Baghdad, Iraq. About 90% of the Jews, however, were small businessmen, tradesmen, or artisans. Situated at the bottom of the ladder in the lands where they had lived for hundreds, or even thousands of years, the Jews suffered even more after Zionist Jews began to return to Palestine in the early 20th century. Especially after the Balfour Declaration in 1917, and continuing through the Nazi era in Europe, which intensified the Muslim hatred of Jews, pogroms increased against the 1,000,000 Jews living in Muslim lands, including in Palestine. Israel's declaration of independence in 1948 further irritated the Muslims, resulting in the mostly-forced exodus of about 850,000 Jews from their homes. About two-thirds of these refugees made aliya to the nascent Jewish state, doubling Israel's population in its first decade. 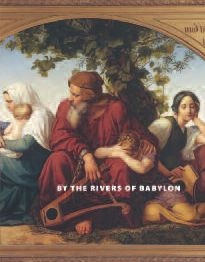 By the Rivers of Babylon exhibition runs at the Bible Lands Museum, Jerusalem, until at least the end of 2015

No one knows what would have become of the Judeans if they had remained in the Land of Israel. Perhaps, they would have disappeared, just as the Persians, Mesopotamians, Greeks, and Romans did, swallowed up by successive conquerors. From that point of view, the Babylonian Exile played a large part in the continued existence of the Jewish nation into the present. Soon, Israeli Jews will be the majority of Jews throughout the world. Nevertheless, the Jewish Diaspora will remain, enriching the culture and the prosperity of Jews everywhere. Learning about what happened to the Judeans "by the Rivers of Babylon" is a wonderful way to understand what has made the Jewish nation so enduring and successful.

Email: This email address is being protected from spambots. You need JavaScript enabled to view it. www.blmj.org/en