Train line that was so slow, it was said that donkeys moved faster! 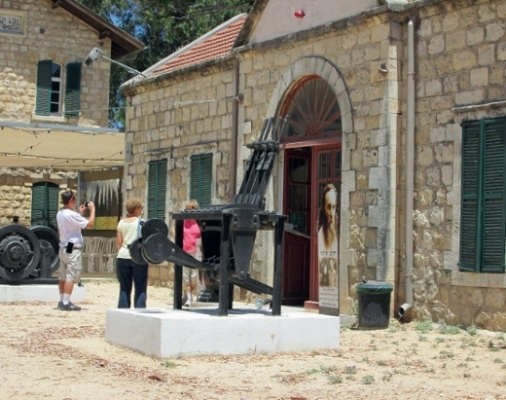 Tourists at the Valley Train

On June 25 a group of 40 day-trippers boarded a bus that took us on an adventure of discovery in the Jezreel Valley. The weather cooperated perfectly for the beginning of summer – hot but dry.

Our first stop was at the Kfar Yehoshuah station of the Rakevet HaEmek (the Valley Train), which has been converted into a visitor's center and museum. A short film in English and a knowledgeable guide (a relative of one of the chief rabbis of South Africa) explained the history of the Valley Train line.

The Valley Train was built in 1905 by the Turkish Sultan with the work of 10,000 Turkish laborers led by a German engineer, Heinrich August Meissner. The line went from Haifa through the Jezreel Valley to Beit She'an and then into Jordan and to Dara'a in Syria, where it joined the Hijazi railway on which one could travel north to Damascus or south to Alexandria. The train was originally steam powered and the stations were built where water was available to be supplied to the engine. The train was so slow that the locals named it the 'Donkey Train' because it was said that a donkey.could beat its time.

The administration of the train passed to the British Mandate government after World War I. Eventually, the line spurred agricultural development in the valley and provided a vital transportation link for agricultural goods being sent to Haifa and Damascus. In the 1940s the train serviced 14 Jewish settlements via 18 stations.

During Israel's War of Independence in March 1948, the Hagana blew up a bridge east of Afula to stop Arab marauders from using the train to throw explosives at Jewish settlements along the line. The train was never returned to service as trucks were more efficient for hauling produce. Currently, there is an effort to restore the train line to service to connect Afula and Beit She'an with the coastal line.

After a successful stop for lunch and local shopping, we continued on to the Spicy Way Herb and Spice Farm.

Spicy Way is owned and managed by Avi Zithershpieler, who greeted us, and is located in Beit Lechem HaGlilit. Spicy Way grows, dries and blends herbs and spices, following traditions that preserve their farm-fresh goodness as they have been doing for more than 50 years. Founded in 2003, Spicy Way Visitors' Center offers visitors a vast variety of herbs and spices in an open market setting. 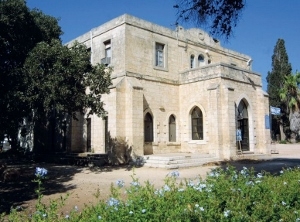 Workshops are presented to introduce customers to the limitless possibilities that these versatile plants offer for a healthier and spicier way of life. Informative material and helpful personnel offer additional assistance.

We were fortunate to be treated to a wine-tasting workshop presented by a representative of the Tulip Winery – a unique establishment in Israel that combines a boutique winery offering premium wines with a place of employment for mentally challenged adults from the nearby village of Kfar Tikvah. After a brilliant explanation of the technicalities of wine tasting, focusing on "bouquet" – using our sense of smell and including the opportunity to taste three varieties, we were ready to jump into the project of preparing a wine punch… and, of course, tasting the product of our efforts. We were not driving of course! As a reward for our efforts, we each received a bag of Spicy Way's wine punch blend to take home.

The last stop on the tour was a drive through Beit Lechem HaGlilit, guided by Honey Stollman (chair of the newly established ESRA Givatayim branch ) to view the splendid Templer buildings that remain from the time of the German founders of the village.