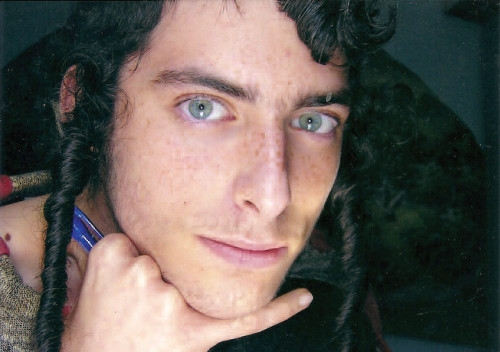 Haim Tukachinsky ... an excellent teacher, both encouraging and critical

Some ten years ago I started singing lessons. I passed the Grades at the Guildhall School of Music  (I was the only student attending without their mother!) and am currently studying for the Advanced Performance Certificate, which requires singing six arias in three languages for a 35-minute program.

Why am I doing this? Obviously my career does not depend upon getting good grades – but Camille, my first teacher, was adamant that it is the best way to focus and improve. She was right. I love the discipline of the learning process. The question of performing in public rarely comes into the equation.

When Camille left London, she recommended that I transfer to Jorge – a Spanish concert pianist who teaches music at the Central School of Ballet. However, my concern was what to do when I am in Israel, sometimes for six weeks at a time – I needed to find someone to fill the gap. Fortunately, four years ago I was introduced to Haim Tukachinsky – a concert pianist based at the Jerusalem Music Academy.

I knew little of him, but vividly recall our first meeting as he, coming from a Haredi (ultra-religious) background, was immediately distinctive because of his long black side curls. My first question was to ask how he was permitted to teach me, as I understood that it was forbidden for religious Jewish men to listen to a woman's voice. He smiled and simply said – "I teach".

And so we began our journey. He proved to be an excellent teacher – encouraging whilst at the same time critical of every little point that needed correction – a mispronunciation, a wrong note, a timing issue– and so on.This rigor was exactly what I needed. In 2016, I was invited to sing six solo arias in Maale Adumim – my first public performance with a 65-piece orchestra.As the day for the concert approached, I became rather nervous – why on earth was I putting myself under this pressure, whatever for?

The day of the concert arrived, Haim insisted on coming with me. He was like a rock, and it was he who gave me the confidence to perform. He sat in the eighth row directly in front of me,no-one realizing that he was conducting me from his seat, and mouthing all the words of each piece.Thanks to him, the evening was a success. We ended the performance with his playing the piano and my singing 'Summertime' from Porgy and Bess. It was an occasion I will never forget.

Haim's family came to Israel from Russia before he was born. He told me that they could bring nothing with them except furniture, so his mother decided to bring a piano. He became interested in music from a very young age. He attended a religious elementary school in Kiryat Motzkin, but chose not to continue to higher learning. Instead, according to his mother Yael, "he wanted to learn music, to use it to sanctify God's name".

Haim studied at the Jerusalem Academy of Music – composition under Dr Michael Wolpe, and piano under Prof. Isaac Katz and Prof. Vadim Monostyrsky. He attended many masterclasses of world famous musicians, and in 2007-2009 was the winner of the America-Israel Cultural Foundation scholarship, and also received the prestigious Wolf scholarship. He then began performing extensively as a soloist, accompanist, and with chamber ensembles at venues in Israel and abroad.

In 2012, Haim added a new dimension to his creativity by venturing into the world of musical theater, as musical director of shows such as The Sound of Music, Singing In the Rain, Cats, A Little Night Music, The Producers, and more. His ability to bridge the gap between classical music and contemporary musical theater, a genre that he had never previously experienced, was hugely impressive, and he received many accolades for his musical genius, incredible pedagogical skills, and most of all, for his magical personality, so full of life, joy, respect, and inspiration.

In July of this year, Charles and I invited him to stay with us in London, mainly so that he could attend some top class concerts at the Proms in the Royal Albert Hall, and visit museums and galleries. He came for ten days and was the best house guest ever. Every day I packed him sandwiches and off he went to explore the city. The first three days he spent at the British Museum, captivated by everything he saw. Each evening he went to a Prom concert. I joined him twice,  my enjoyment enhanced by learning through Haim how to understand better what we were hearing.

We visited St Paul's Cathedral where we were given free entry to the Paul Viola art show. We then crossed the Millennium Bridge over the Thames to the Tate Modern. Here we saw the Picasso exhibition. Haim was concerned that I might be bored going around with him, saying he took longer in museums than anyone else he knew, but it was wonderful to see his enthusiasm, openness, and sensitivity to all art forms, including the architecture of London.

Another day we walked over Hampstead Heath, seeing it anew through his eyes. Haim gave the initial impression of being reserved, but he readily engaged with everyone we met and charmed them all.

I, as a person who can go to sleep at 8pm, found myself staying up late and we chatted for hours.He told me of his family and particularly the nephews and nieces that he loved, proudly relating anecdotes of their achievements. We also shared YouTube videos that each of us enjoyed, and laughed a lot. What I remember mostly is his gentle manner and wonderful sense of humor.

On his last night I organized a private concert for him at the home of a friend who had a grand piano. The program was 'From Greig To Gershwin' and he charmingly introduced each piece with wit and erudition. 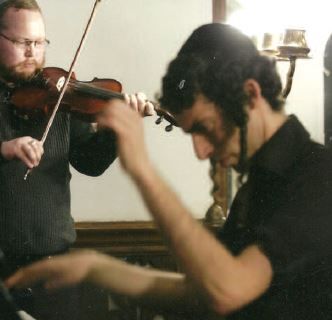 Haim Tukachinsky in action on the piano

Watching him perform was mesmerizing. His whole being, combining physical, mental and emotional energy, resulted in a unique experience.The audience were stunned, overwhelmed and deeply moved. Their thank you letters next day expressed such terms, urging me to do whatever possible to get him back to London for a larger audience.

When Haim returned to Israel, it was as if a family member was leaving us, but I promised to be in touch as soon as we arrived in Jerusalem. This was only three weeks ago. We had this crazy idea of his playing on the concrete piano in central Jerusalem with my singing alongside him.

This was not to be. Two days later Haim, whilst walking back from prayers at the Western Wall, was knocked down by a hit and run driver and killed. The driver, a Spanish journalist who lived in Jerusalem, was reported as being three times over the alcohol limit. He is in custody awaiting trial.

I do not have the words to write of the shock of losing a beloved friend in this way, in particular one so young and with all his life ahead of him. He was 31. My heart goes out to his family

Many times during our lessons I would stop Haim to say thank you, telling him that singing with him was as if receiving a very special gift. As a newcomer to the world of music, I am astonished by the overwhelming feeling of happiness I feel once I start to sing. Haim replied, saying, "Music is one of the greatest gifts you can give to a person, for it has the power to make people happy, regardless of their situation".

One of the pieces we worked on recently was Bernstein's 'Somewhere' from West Side Story. At the moment I cannot bring myself to sing it – the words being so very moving.

It is perhaps a small consolation to think that Haim, this beautiful person so loved and admired by many, is now at peace 'somewhere'….