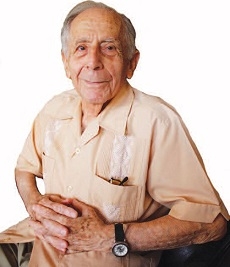 One of the unanticipated joys of writing my stories has been the feedback from readers all over the world - some known, but many others unknown to me. As a result I have been led on unexpected journeys and met some memorable characters.

One such person is Shlomo Hillel. The day I first met him was the high spot of five years work on my book. Two years ago I wrote a story about the bullet factory (The Ayalon Institute), built clandestinely by the Hagana at Rehovot in 1945 during the British Mandate. It appeared in my book Unexpected Israel and on my blog.

Shortly after it was published I received a phone call from a quietly spoken formal gentleman saying, "Thank you for writing about the Ayalon Institute.* It is a very important story". His name was Shlomo Hillel. I asked why it interested him, to which he replied, "I was there - I was in charge of constructing the Institute together with a group of youngsters aged 14 +".

Shlomo Hillel did not work there once it was finished. Instead, in 1946 the Hagana sent him for a year to Baghdad, his birthplace, to plan the exodus of Iraq's Jews. Between 1949 - 1952 he returned, working tirelessly to bring 130,000 Jews to Israel - almost the entire community. Years later the story of this operation was published in his book Operation Babylon, it reads like a master spy thriller. 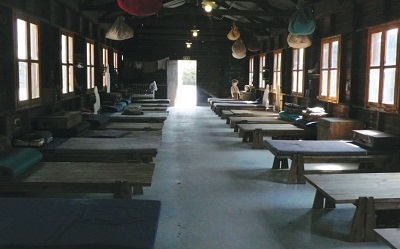 The interior of the accommodation hut at Atlit, near Haifa

On my last visit to Israel we met again and I was fascinated to hear about his latest project as President of the Society for the Preservation of Israel Heritage Sites, involving the Atlit Detention Camp near Haifa. Constructed during the Mandate, it served as an internment camp for illegal Jewish immigrants captured by the British from 1939 to 1948, illegal inasmuch as they were attempting to defy the strict British entry quota. Shlomo HIllel also had a more personal connection as his late wife, Temima, was held there with her family on her arrival as a child refugee from Austria.

I visited the museum. At first sight it was chilling, evoking images of Nazi concentration camps. The original camp was 90,000 square meters - today's camp is smaller but still lined with rows of wooden huts and the entire camp is surrounded by heavy barbed wire fences and watchtowers. I went first to see the disinfection building, where the arrivals undressed, showered and were sprayed with DDT.

One can understand the need for this, for when they eventually reached the Land of Israel they were dirty, disheveled and carrying who knows what kind of parasites. But for those who had left the death camps it must have been traumatic to find themselves once again behind barbed wire. Men were separated from the women and children, another reminder of what they had endured under the Nazis.

However at Atlit the men and women were allowed to meet once daily and walk along a central 'boulevard'. Archive photographs show smiling and hopeful faces - something never seen in Auschwitz.

The accommodation huts contain rows of beds and domestic items such as a sewing machine, toys and books - evidence of a slow return to normality. The local community set up help groups to assist the newcomers whilst they waited either for their permit to stay or, sadly, to be deported.

At the museum I watched a short film about the successful Palmach raid in October 1945 to liberate the detainees. It was powerfully moving and I was reduced to tears by the finale. 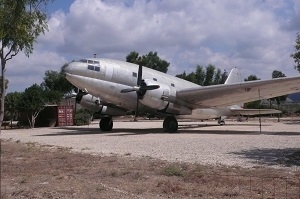 A plane brought recently from Alaska to Atlit, near Haifa

Most illegal immigrants (Ma'apilim) arrived by boat beginning in 1934 and the accounts of their hazardous journeys are recorded in the archives. Following WW2, in spite of their knowledge of the Holocaust, the British intensified their policy of restricting the number of Jews permitted to enter the country.

To counter this, a complex international Jewish network was established to get survivors onto boats and to the Land of Israel. Many eluded the British but several unpleasant incidents occurred. Refugees were dragged off boats and in some cases returned to Europe. Others were shipped to camps in Mauritius. 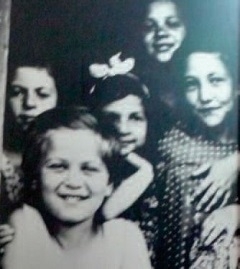 These stories made the headlines worldwide. An Italian boat was detained in La Spezia on the orders of the British and all the passengers went on hunger strike. The Exodus left France carrying 4,515 survivors. The British fired at the ship, lives were lost and the boat was towed to Haifa where the passengers were forcibly returned to Germany.

Atlit was now so overcrowded that the British built camps on Cyprus. From August 1946 until the British Mandate ended in 1948 52,000 Jews were deported to and held there.

(When I grew up in England I remember the pride of knowing that our British soldiers behaved better than others and didn't engage in atrocities. It was only when I came to Israel for the first time did I realize that our troops were not exactly squeaky clean, nor was our government. A sad realization!

The majority of refugees arrived by sea. To commemorate this, a boat from that era is installed at Atlit for visitors to enter and experience how life was on board.

Boat on the site of the Atlit Detention Camp, similar to those used in the 1940s

Curiously the British assumed that only boats would be used to bring 'illegals' to the country so Shlomo Hillel and the Hagana decided to bring some by air. In August 1947 the first flight took place with Hillel and 50 Iraqi Jews who landed undetected at Yavniel in the Lower Galilee. A month later a second flight arrived from an unused airport in Italy, again landing secretly. The pilots then returned to Iraq and brought out 50 refugees.

Whilst these flights involving 150 refugees may seem insignificant numerically, it was a major development. Hillel wrote: "We took great satisfaction from knowing that we were the first in the history of the Aliya Bet to successfully bring in Ma'apilim by air".

Recently the museum spent years looking for a plane of the same type that was originally used. They eventually found one in Alaska. The story of how it reached Atlit is an adventure in itself. It was taken apart and reassembled in its original condition in Alaska, then transported to Israel via China. It now takes pride of place on the site and will soon open to the public to tell the tale of its exploits.

What I find quite remarkable is to know that Shlomo Hillel, the man who 70 years ago helped to save so many Jews, is still, at the age of 94, actively involved in projects such as this. His enthusiasm and energy never diminishes.

He is one of the true pioneers of this country, having served as a Member of the Knesset, Deputy Director of the Foreign Ministry, Minister of Police, Interior Minister, Ambassador to five African nations, Speaker of the Knesset for five years and so it continues. He was also awarded the prestigious Israel Prize in 1998 for his special contribution to the society and the State of Israel.

Shlomo will not welcome this living eulogy, regarding it as totally unwarranted, (he being the most self-effacing person I know.) When I asked if I could put a credit from him on the back of my book saying "Thank you for writing the dramatic story of the Ayalon Institute - I was there". He replied: "Don't say that, it wasn't dramatic, we had a job to do and we just got on with it." This is typical of a truly special person. A role model for us all.

*The story of the Ayalon bullet factory appeared in ESRAmagazine #191 and can be read online at www.esramagazine.com/blog/post/ammo-factory.

Ruth Corman's latest book UNEXPECTED ISRAEL, containing 86 stories and 160 of her photographs, can be obtained from This email address is being protected from spambots. You need JavaScript enabled to view it.