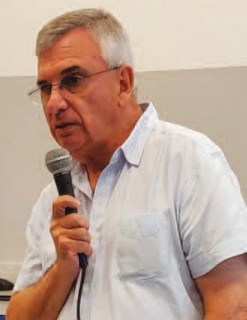 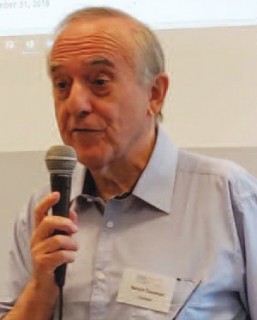 This year's Annual General Meeting, held at the Kiriyat HaSharon Community Center in Netanya, was a special one. It was not only the culmination of ESRA's 40th anniversary year, it marked a changing of the guard. Baruch Tanaman, having completed his four-year term, stepped down as ESRA Chairman and passed the title on to a new hand at the helm with the election of Terry Morris as ESRA's new Chairman.

ESRA Founder and Honorary Life President, Merle Guttmann, spoke glowingly of Baruch's chairmanship and the extent to which ESRA has developed and flourished under his leadership. Indeed evidence of this was clear in the reports from the Chair (Baruch Tanaman), the Finance Committee (Roger Lavender), and ESRA's CEO (Sunny Marshansky). Of special note were the new computer system making data management more efficient, the number of volunteers now grown to over 1,000, and the production of an extremely professional and reader-friendly Annual Report replete with diagrams, charts and photographs, realizing ESRA's aim to operate with complete transparency. As main author of the Report, Sunny was praised for her part in driving ESRA's change and development.

Reports and elections were followed by an open discussion led by Glenis Bertfield, ESRA Vice-Chair, on volunteering – how to encourage and enlist more volunteers and how to develop new volunteering opportunities.

The event, in its lovely venue and accompanied by delightful refreshment and a warm friendly atmosphere, was closed with remarks from new Chairman, Terry Morris, who said that Baruch was a hard act to follow, and he hopes he can live up to expectations, and from Merle, who said how proud she is of Terry who is a product of ESRA and of all ESRA volunteers for making ESRA what it is and she thanked everyone from the bottom of her heart. 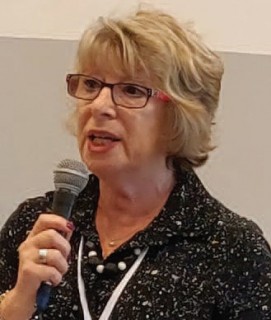 Who's who for the year ahead