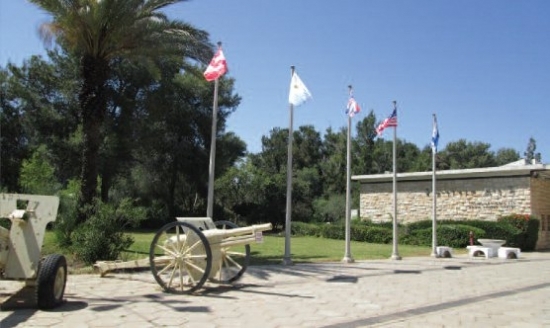 Recently, a hearty group of ESRA day-trippers boarded a bus to head north to visit two museums dedicated to honoring Jewish fighters and survivors of both World Wars. Throughout the day, we learned that there were Jewish fighters in both World War I and World War II – some organized in special companies within the British Army in both World Wars and some as partisans fighting and surviving the Nazis in the forests and fields of Europe. Jews joined from all over the world: Europe, Palestine and North America. Thus, the myth of the cowering Jew was forever debunked!

We traveled to the Lohamei Hagetaot Museum (Ghetto Fighters Museum), which is located between Acco and Nahariya. This modern museum is on the grounds of Kibbutz Lohamei Ha'getaot. The kibbutz was founded by Holocaust survivors – members of the Jewish underground in the ghettos of Poland and veterans of partisan units.

Our guide in the museum was a granddaughter of Dutch survivors. She explained the history and philosophy of the museum. Their vision was to create a place of testimony that tells the story of the Jewish people in the 20th century in general and during World War II in particular. The focus is on the manifestations of Jewish resistance: the organized uprisings of Jews in the ghettos and camps, and the Jews who fought in partisan units and in the armies of the Allied forces. The museum is committed to providing educational activities on the subject of the Holocaust, in Israel and on a global level.

The museum exhibits are divided according to countries within Europe where the Holocaust was carried out. Given the Dutch background of our guide, she took us through the exhibit dedicated to the way the Holocaust played out in the Netherlands, where in addition to the Dutch Jews, Jewish refugees from other countries tried to hide. 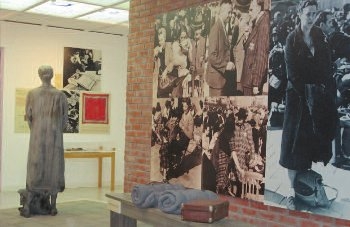 An exhibit in the Dutch section of Lochamei Hagetaot Museum

We then went on to the museum's newest exhibit: the Yad Layeled Children's Memorial Museum, established in 1995 to commemorate the memory of the Jewish children who perished during the Holocaust. The goal of the children's museum is to acquaint young visitors with the world of the children who lived during the Holocaust, enabling them to explore the subject of the Holocaust in an age-appropriate manner. All the exhibits are specially designed for young visitors and feature three-dimensional displays, as well as audio and video testimonies. The story is portrayed from the point of view of the child survivors, based on diaries written during the war, as well as personal testimonies and memoirs written after the war. 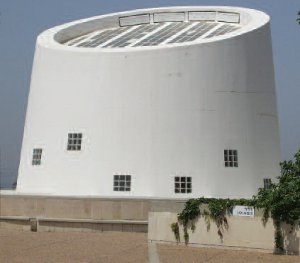 After a stop for lunch, we proceeded to the Beit Hagdudim Museum (Battalions Museum) located at Moshav Avichail near Netanya. The museum houses exhibits commemorating the Jewish battalions formed within the British army during the two World Wars. The battalions of World War I were established with some difficulty and only with the persistence of men like Zeev Jabotinsky and Joseph Trumpeldor. They proposed forming a military unit from Russian Jewish émigrés from Palestine that would participate in the British effort to liberate Palestine from the Ottoman Empire, but met opposition from the British commander.

As an alternative he offered to let them enlist in a volunteer transport Mule Corps, which Jabotinsky rejected but Trumpeldor accepted. In the end, 650 Jews enlisted in the Zion Mule Corps. The Zion Mule Corps was disbanded after the Gallipoli Campaign, and eventually three battalions were formed from volunteers from Britain, Europe, North America and Palestine. Each battalion had its own Magen David insignia: purple for the British/Europeans, red for the North Americans, and blue for the Jews from Palestine. After the war ended, a single Jewish battalion - the First Judeans - was consolidated with a menorah as its symbol.

During World War II the Jewish Brigade was formed within the British Army, composed of Jews from the Yishuv in Mandatory Palestine commanded by British-Jewish officers. The brigade was formed in late 1944, and its personnel fought the Germans in Italy. After the war, some of these soldiers stayed on to assist Holocaust survivors to immigrate illegally to Palestine as part of Aliyah Bet. Others went on to form an experienced fighting foundation of the IDF.

The lesson of the day was that there were many brave men and women who, by volunteering to fight in wars that threatened the whole world, debunked the myth that Jews do not fight. The military experience they gained by fighting for the British stood us all in good stead, making our country the strong nation it is today.