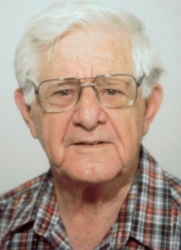 Dr.Amos Nir passed away in June this year. The best way to express our deep appreciation to Amos and his wife Nira for their significant contribution to the absorption of the waves of aliyah in the early 1990's in the ranks of ESRA, are the words inscribed in their ESRA Volunteer Award presented to them in December 1993.

"To Amos and Nira Nir,

in recognition of your enormous efforts on behalf of immigrants, new and old, in the field of education and welfare, and their integration into Israeli society. As a result of your influence the doors of ESRA were opened to wonderful Hebrew speaking volunteers.

The residents of the Tel Aviv neighborhood of Neve Sharett in general, and the new immigrants from the former Soviet Union in particular, benefitted from your creative projects. You showed sensitivity and deep understanding in helping the individual and in initiating and organizing community projects such as a summer camp in the local community center, after school learning centers for primary schools as well as a learning center at the Daled High School. You also helped in establishing our furniture warehouse in Tel Aviv (run by Rivka Goren) and our second- hand boutique store in Neve Sharett (run by Meira Applebaum).

In a conversation with Nira Nir, she reminded me of the activities at Hatzrot Yasaf caravan site near Acco where, in spite of the distance from the center of the country, ESRA established a pre-school learning center for Ethiopian and Russian new immigrant children in preparation for first grade, with the help of Amos Nir. The volunteer representative of ESRA, who went weekly to Hatzrot Yasaf with three buses, was the late Pnina Haran, a Hebrew speaker from Zahala.

I am also reminded of the visit to the community center of Neve Sharett to arrange the summer camp for the children of parents who were in ulpan or working – and how the late Sandra Bransky said: "l'll help find finance for it". And so the first community project was added to the welfare help given by ESRA's Immigrant Fund (later renamed ESRA Community Fund).