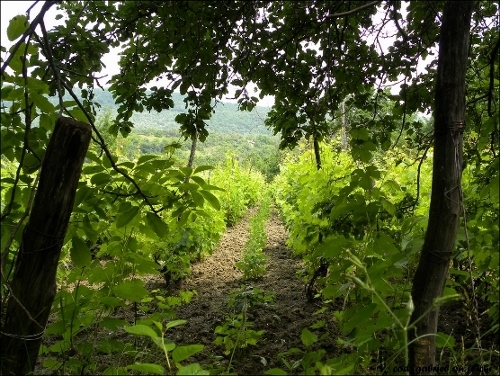 Sitting around the table with my Yesh Atid colleagues in the Knesset every Monday for two years was a constant reminder that we are living in the times of the final redemption. I looked around and saw men and women from so many different lands – Northern Africa, Hungary, France, Poland, Russia, Ethiopia, and myself from the United States.

I was blessed to have a daily reminder that the "ingathering of the exiles" described by our prophets in the Bible, is unfolding before our eyes and this, without a doubt, is a major step in the redemption process.

Even those who are not blessed with that tangible inspiration on a daily basis, must be struck by the wealth of traditional sources which make it clear that we are living through dramatic steps towards the ultimate redemption.

Leviticus 26:32 teaches that that while the Jews are in exile, the Land of Israel will remain desolate. The obvious implication, taught outright by Rabbeinu Bachya, (Bereishit 17:8) is that the undoing of that desolation indicates the end of the exile.

This sign is stated clearly by the prophet Ezekiel who said regarding the era of the redemption (36:8) that, "But you, O mountains of Israel, will give forth your branch and bear your fruit for My people Israel, for they are soon to come." Isaiah (51:3) similarly relates: "For Hashem will comfort Zion…He will make her wilderness like Eden and her wasteland like a garden of Hashem…"

The prophet, Amos, teaches this point even more clearly (9:13-15): "Behold, days are coming – the word of Hashem…I will return the captivity of My people Israel, and they will rebuild desolate cities and settle them; they will plant vineyards and drink their wine; they will cultivate gardens and eat their fruits. I will plant them upon their land and they will never again be uprooted from their land that I have given them, said Hashem, your God."

Turning now to our Talmudic sages, Rabbi Abba states (Tractate Sanhedrin 98a) that the clearest sign of the redemption is the fruits of the Land of Israel growing once again.

All of the above certainly served as the basis for Rav Akiva Eiger's teaching 60 that if we succeed in growing fruit in Eretz Yisrael then this is the sign that the final redemption is imminent.

No one can deny the fact that the land of Israel was desolate throughout the exile as the Bible "predicted" nor can anyone refute the fact that it is now flourishing and producing fruits. If we are to accept the words of Leviticus, Ezekiel, Isaiah, Amos, and our Sages, then this is a sign that we are currently experiencing the redemption process.

A number of other traditions indicate that the formation of the State of Israel is a significant step on the road to the final redemption.

Nachmanides (Shir Hashirim 8:12) writes that our return to the Land of Israel at the time of the redemption will come through the "permission of the kings". This, in fact, occurred with the Balfour Declaration (as was pointed out by Rabbi Meir Simcha of Dvinsk in Shivat Tzion Vol. 2 p. 101) and through the United Nations vote in 1947.

Rabbi Chaim Ben Attar (Ohr Hachayim - Numbers 24:17) explains that the Messiah will arise like a regular leader within the framework of a regular government. Certainly, an independent government is necessary for this to take place and the establishment of the State of Israel accomplished the creation of this framework.

Finally, Rabbi Eliyahu Walendberg, (Tzitz Eliezer 7:49) writes that the ingathering of the Exiles alone, something we have certainly witnessed in our time, is the sign of the beginning of the final redemption.

The greatest of rabbis, including many from the ultra-Orthodox community, had the clarity of thought to recognize all of this when the State of Israel was first established.

Rabbi Zvi Pesach Frank, a judge on Rabbi Shmuel Salant's Rabbinic Court, Beit Din and the Chief Rabbi of Jerusalem, called the creation of the State of Israel, "the beginning of redemption".

Rabbi Chatzkal Sarna, Rabbi Zalman Sorotzkin, and Rabbi Shlomo Zalman Auerbach all signed a document on 20 Tevet 5709 (1949) thanking God for granting them the privilege of witnessing "the first buds of the beginning of the redemption through the establishment of the State of Israel".

As we celebrate the state of Israel's 68th birthday this Yom Ha'Atzmaut, it is my hope and prayer that Jews around the world will study and reflect on these sources, recognize the greatness of the momentous times in which we live, and choose to make the challenging but very worthwhile decision to move to Israel and experience the development of the final redemption in the most tangible of ways on a daily basis.