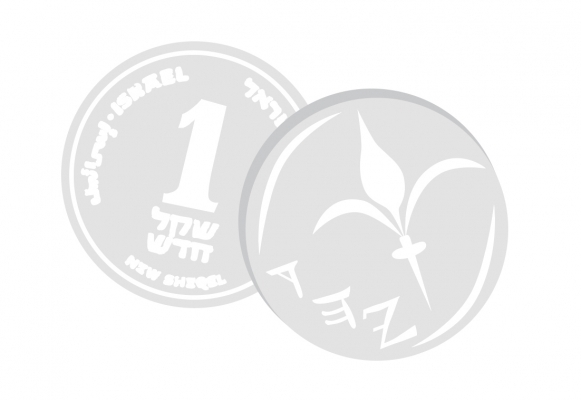 On the TV, some time back, there was an excellent program on the problem of poverty in Israel, covering also the aspect of hunger. This in today's world of plenty.

Why does a child have to go hungry even with a minimum amount of money available for food? Is it really because food is so expensive here in Israel or is it because we do not know any longer how to feed a family on a minimum budget?

I grew up in the UK in a working-class family, and during the depression and almost up to WWII my father had very little constant work. He was a printer and his field was Hebrew and Aramaic, work which at that time was mainly carried out in Holland by non-Jewish printers.

Fortunately then, one could buy a small house with a long-term mortgage and no sum up front. The mortgage still had to be paid and the family had to be fed and clothed, regardless of how much income was available.

My mother used to have a money-box divided into about five sections with separate openings at the top to put in the coins. Every week, she carefully put into the different sections in the box the necessary pence and shillings and other coins. Salaries were paid weekly then. One opening was marked rent – that meant for the mortgage, and the rates (money for the municipality), another electricity, food, doctor etc. (There was a panel system for the doctor – I think a very small sum paid regularly, which left us free to approach our doctor when necessary, maybe the original being a little similar to what we have with the Kupat Holim). She never let herself use money from one section for another. The right money had always to be available.

She used to use quite a lot of semolina and Quaker Oats, flavoring them differently, and soups made often from meat and chicken bones. She also made a lot of Yorkshire Pudding which I loved: I now understand it was a very good filler. As we had a garden, some of our vegetables and fruits also came from there. Pears were wrapped carefully when nearly ripe and kept for the winter in a large straw container just under the roof. This particular straw box made its way to Israel and is still tucked away here at home. Any extra fruit such as plums, gooseberries etc, were made into jam for the winter. Bottling fruit and vegetables was a common "action" then.

We had no refrigerator: true, the weather in the U.K. is cooler than in Israel. Fresh milk was brought each day by the milkman who also supplied fresh cream which was considered a luxury as the normal milk acquired a thick layer of cream at the top of the bottle after it stood for a little while.

Also, bread was brought daily to the door, as well as vegetables by a grocer who had a horse and cart to carry the heavy vegetables. After the horse moved on, we went out to collect any manure it had left in the road to use in our garden. In winter my mother would buy half a sack of potatoes to be kept in the kitchen food cupboard.

A birthday present for my mother was a breakfast tray served in bed with a flower from the garden on it. It meant that we had remembered and cared. That was the value of the present.

I never remember being hungry.