Who Knew? Simon, Garfunkel and Sandy

Gerry Wine: "Hi Cynthia, I want to speak about the story you posted about Garfunkel and Sandy (Greenberg)".

Gerry: "On the contrary, I will tell you it is very true because I was there!"

Wow, what a fantastic coincidence. A few hours before, I had posted a fascinating story on our Modiin Seniors list about Art Garfunkel and Sandy Greenberg who were college roommates at Columbia University in the late 1950s. And Gerry was there too, in the same class of 1962, and knew them both! 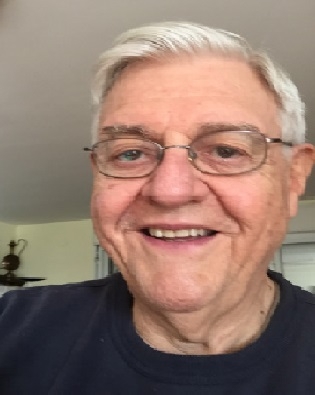 Briefly, the story I posted centered on two best friends, Arthur ("he was never Art, but Arthur", said Gerry) and Sandy, which led to the writing of one of Simon and Garfunkel's best-loved songs of all time, The Sound of Silence. It begins with the unforgettable refrain, "Hello darkness, my old friend" – attributed to Sandy, who suddenly went blind at age 19 in his junior (3rd) year. The Sandy story had appeared in social media outlets because he had just published his memoir, which he named after that lyric. The song was a poignant tribute to their close bond and Art's selflessness and caring when Sandy unexpectedly lost his sight in January 1961.

Plunged into darkness, Sandy returned to his family in Buffalo, NY, giving up the idea of further study. That is, until Art flew in and persuaded him to return to college, saying "We made a pact to help each other in times of crisis." This was a turning point for both men. Art became Sandy's eyes, walking him to class, bandaging his wounds if he fell and even filling out his graduate school applications. Garfunkel called himself "Darkness" in a show of empathy, and altered his entire life to assist his friend.

Gerry recalled, "Sandy had been an athlete and a scholar, Arthur was a poet. We had heard rumors that one of the more popular members of our over 600-strong class was having a medical issue. While playing baseball, his vision had blurred and then we heard that Arthur had left New York to visit him."

A particularly meaningful part of the saga is of Garfunkel abandoning his friend at the train station in New York, yet unbeknownst to Sandy, following him home. This resulted in Sandy's new confidence to lead an independent life without fear. He never used a cane or a guide dog. He graduated from Columbia, and went on to study at both Harvard and Oxford, and then on to extraordinary success as an inventor (he created a speech compression machine and founded the first database for an antibiotic global tracker, among others), entrepreneur, investor, presidential advisor and philanthropist. At age 80, Sandy published his memoir. He and Art remain best friends to this day.

But my story does not end there. A few days after the above-mentioned phone conversation, I received another call from Gerry who proceeded to say something like: "You won't believe this! But I just went to the post office to pick up what I thought was an order of clothing for my wife from America. Imagine my surprise when the envelope, sent from Tennessee on July 15th, was addressed to me and contained Sandy's new book, Hello Darkness, My Old Friend. He had sent a copy to each one of us in his class at Columbia. What's more, there was a personal letter enclosed signed by Art Garfunkel. I just sat down in the post office and wept with emotion."

Gerry read the book immediately. As he later recounted, "The book begins with a description of Sandy's personal anguish on the train ride from New York to Buffalo. It covers his attempts to renew his eyesight, but ultimately he is told that he is permanently blind."

Today, Sandy Greenberg serves in many honorary positions, including a trustee of Johns Hopkins, the chair of the Board of Governors of the world-famous Wilner Eye Institute at Johns Hopkins, a member of the Foreign Relations Council, and a participant in the World Economic Forum in Davos, Switzerland. Several years ago, Sandy and his wife, Sue, established a $3million prize for the discoverer of a cure for blindness December 2020*.

Regarding the famous duo Simon and Garfunkel, Gerry added that in college, Art had played guitar while Sandy had played the trumpet and drums. When Art met Paul Simon in his third year, the two realized there was symmetry between Art's poetry and Paul's music. And the rest, as they say, is history.

* Thirteen doctors and researchers won the Sanford and Sue Greenberg Prize to End Blindness and will share the reward of $3 million dollars. The winners were ultimately selected in two categories based on the strength of their contributions to eliminate blindness: Outstanding Achievement Awards, and Visionary Awards.