Recently I had the pleasure of meeting Shay Ohana, the granddaughter of ESRA member Gitla Temam of Modiin. Shay had just spent a short period in Cape Town, South Africa, fulfilling her self-initiated volunteering experience through the SAVE Foundation.

SAVE is a registered nonprofit that works to enrich, educate, and empower township and settlement communities, as well as to protect and rehabilitate wildlife in areas of Africa. Volunteers come from all over the world, Israel included, to spend two weeks to several years helping in a variety of projects, especially in schools in black townships in South Africa.

Shay was between school graduation and her army induction so she decided to volunteer and through SAVE, arrived in Cape Town in October 2019 where she spent more than six weeks working in a township called Dunoon.

Dunoon mushroomed from a formal neighborhood into a shantytown in the 1990s. Most of the 40,000 residents (35% are children) are from the Xhosa tribe; only a miniscule percentage are whites. Dunoon, similar to other townships in South Africa, suffers from an extremely high rate of crime, yet in spite of this, parents manage to send their children to one of three primary schools in the area operated by the Municipality of Cape Town. 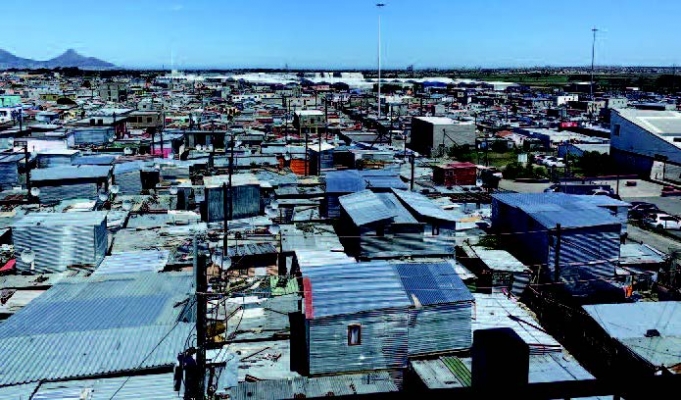 The township of Dunoon

Interestingly, of the nine members of staff in the school in which Shay volunteered, only two are professional teachers, including the principal. Volunteers are therefore in great demand and are made very welcome. They assist in enhancing teaching in English and Maths, while initiating other fun activities including swimming, surfing, boxing and dancing. The volunteers are encouraged to create their own projects at holiday times such as Halloween and Christmas. Most sponsor these special events by themselves, raising funds online from donors in their own home countries. One long-term volunteer from Denmark actually raised sufficient money to open a new school called Good Hope, which has become the "go to" school in the township.

Shay was housed in a hostel in the neighborhood of Tableview along with scores of other volunteers who were assigned to various locations during their stay. Other than her airfare, Shay's accommodation, food, travel and per diem expenses were covered by SAVE. Of special note, SAVE also provided guards and undertook safety measures to ensure nothing untoward happened to their visitors. As Shay pointedly said, "we didn't have one incident during my stay, and I felt very safe."

Fluent in several languages, Shay taught her young wards how to write their somewhat unpronounceable Xhosan names in English, a difficult task at best. She became very attached to her children, who visibly showed their joy upon seeing her. I saw several videos of the kids greeting her, hugging her and waving to her with huge smiles on their faces. If the objective of her volunteering was to cheer the kids and make them happy, she certainly succeeded. She organized a movie night once or twice a week, renting the equipment and buying popcorn. "The kids were fascinated!" she said. She helped arrange a fashion show, as well as gifts for all the teachers. "I wanted to give them something to make them feel important too. I am so happy I was able to do this." She also arranged a huge ice-cream day towards the end of her stay as a farewell event for the children, staff and parents, all funded by herself.

Around the school building are small painted flags of the countries represented by the volunteers over time. Not only was Israel represented loud and clear, but there were a number of volunteers' names listed to which Shay added hers. 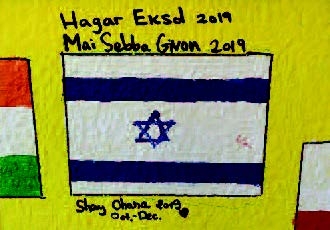 After three weeks in Cape Town, Shay was beginning to feel a bit homesick, so she took herself off to the local shwarma place in Sea Point, operated by a young Israeli called Erez. Delighted to speak Hebrew again, Erez told her that the once-a-year Shabbat Project event was coming up. Begun by the Chief Rabbi of South Africa, Rabbi Warren Goldstein, the now-globally recognized Shabbat project aims to have Jews from all walks of life and from across the spectrum of religious affiliation, young and old, come together to experience the magic of one full Shabbat kept together.

Shay signed on immediately, and over a Shabbat in mid-November, she attended services at the local Sephardi Shul in Sea Point, and was hosted by a wonderful Israeli family. "They were amazing as was the experience. I was so lucky to be there at the time. I went to South Africa because I wanted to make a difference, but I was given so much in return," enthused Shay.

It was refreshing to speak to Shay and to hear about her visit. At only 18 years of age, she is clearly well-set and prepared for a rich and rewarding future based upon her many accomplishments and aspirations thus far. If she is representative of our young Israelis, we are in good shape. I would like to wish her continued success in all her endeavors. Without a doubt, she represented the youth of Israel with pride and dignity while she was abroad.

"The entire experience was unforgettable," said Shay in conclusion. "I will definitely be going back in the future."