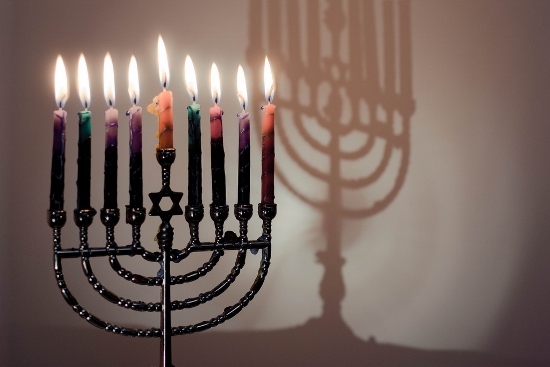 In memory of Yaakov Yehudah Frimer

Rabbi Norman Lamm (http://tinyurl.com/ay6yg56) notes that two themes are central to the festival of Chanukah. The first is the nes ha-milhamah, the miraculous victory of the Jews over the Syrian-Greeks, which emphasizes the success of the military and political enterprise of the Maccabeans. The second theme is the nes pach ha-shemen, the miracle of the cruse oil, and symbolizes the victory of the eternal Jewish spirit. Which of these a Jewish community emphasizes is usually an index to one's Weltanschauung, one's world view. Thus, for instance, secular Zionism spoke only of the nes ha-milhamah, the military victory which gave the Jews back their political independence - because it was interested in establishing the nationalistic base of modern Jewry.

By contrast, the Talmud in Masekhet Shabbat 21b, highlights the nes pach ha-shemen. By emphasizing the miracle of the oil, the rabbis demonstrated their unhappiness with the whole Hasmonean dynasty, descendants of the original Maccabees, who ultimately became Saducees, denied the Oral Law, and persecuted the Pharisees. Yet elsewhere, for example in the Al ha-Nissim text, the rabbis extol the centrality of the miracle of the military victory - "the mighty in the hands of the weak, the many in the hands of the few" - with only a passing mention of "and they lit the candles in the Sanctuary,", a hint to the miraculous pach ha-shemen.

In truth, both of these themes are integral parts of the Chanukah story. Religion was the very motive of the war against the Syrian-Greeks. Indeed, the Maccabean war was not a revolution against alien invaders as much as a civil war against Hellenistic Jews who wanted to strip Israel of its Jewish heritage. Hence, Chanukah symbolizes a victory for spiritual ends accomplished through military means. The nes pach ha-shemen thus sheds light on the true focus of the nes ha-milhama.

It is interesting that the dual themes found in the Chanukah narrative are resonant in the portion of the Torah we read just before the festival. Young Joseph has two dreams. In the first dream he sees himself and his brothers binding their sheaves in the field, and the sheaves of the brothers bow down to his sheaf. This is clearly a materialistic political dream – he dreams of heading the family politically and economically. This corresponds to the nes ha-milhamah. The second dream is a more spiritual and cosmic one. It speaks of the sun, moon, and the stars and the attainment of spiritual preeminence. This is reminiscent of the spirituality of the nes pach ha-shemen.

Even more interesting are the reactions that these dreams evoke. When Joseph tells his brothers of his materialistic dream of the sheaves, we read: "They hated him even more." But, when he tells them of his celestial dream of the sun and the stars, we read: "… and his brothers were jealous of him." The material dream evokes hatred; the spiritual dream arouses jealousy. Indeed, argues Rabbi Norman Lamm, we Jews are hated for our material success – the nes ha-milhamah; but we are envied for our nes pach ha-shemen – for our spiritual, cultural and educational progress. Indeed, the State of Israel, in our day, has fulfilled the first dream. The sheaves of the State of Israel, its farms and its fields, its factories and industries, are thriving economically and are comparatively safe and secure. We have challenged the odds and achieved miraculous military victories in the nes ha-milhamah. Unfortunately, the response from some of the nations of the world has been almost predictable – sin'ah, hatred.

But now that the State of Israel has fulfilled the first dream, the message of Chanukah is that we have to work to fulfil the second of Joseph's dreams, the celestial vision of the sun, moon and stars. This would be analogous to the rabbis' description of the Chanukah in al haNissim: First they make mention of the miracle of Rabbim be-yad me'atim. And then they state: "and afterwards your sons entered the Sanctuary … and kindled your holy candles." The two words "and afterwards," defines the position of world Jewry today. We have finished one half of the Chanukah story. We have accomplished the nes ha-milhama, the miracle of military victory, and now we must proceed to the nes pach ha-shemen, to the miracle of the conquest of the Jewish spirit. We have realized the dream of the sheaves; Chanukah now bids us to focus on the inspiring, celestial vision of the sun, moon and the stars.

Hag Urim Sameach to all.

Rabbi Dr. Aryeh A. Frimer is the Ethel and David Resnick Professor of Active Oxygen Chemistry at Bar Ilan University. This email address is being protected from spambots. You need JavaScript enabled to view it.