Therapy: What It Can and Can’t Do 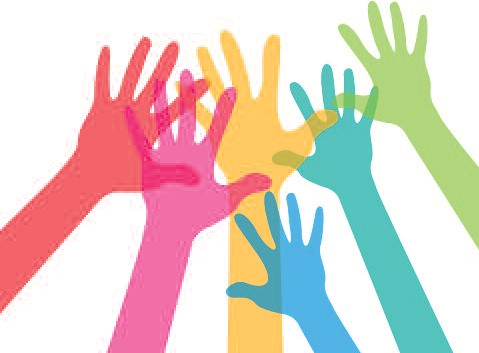 It seems these days that everyone I meet is, or has been at some time, "in therapy". Therapists come in many varieties: clinical psychologists, social workers, school counselors, alternative healers and many other variations. I actually do know one person who has never, ever gone to a therapist, but this person constantly feels he has to justify why that is.

Despite the popularity of going to "see someone", we often hear tales of disappointment, getting bogged down and finally failure to get anything much out of therapy. These stories have not reduced the popularity of therapy, as people will try again and again to find a therapist who can help. The search is burdensome and costly. What is going on here?

What is it that makes for success in therapy? Is it possible to shorten the process and achieve success in the first try? There are some common problems with being "in therapy" that once we look at them as built into the therapy itself, we have a better chance of getting what we need…although not necessarily what we want.

What we look for in therapy is connected to the particular historical period in which we live. Whereas our parents' generation was often strikingly similar to their parents, who were similar to their parents (and so on), we live in times of discontinuity. A phone call yesterday from a new client made that so clear to me. She asked me if I could help her get divorced. She related that she is 27, has been married for two years and has a 6-month old baby. She says her husband is a good person, they share the housework and care of their daughter, but she no longer loves him. She is now questioning whether she really wants to spend the rest of her life with him. Our parents' generation could probably not imagine how a woman in her position would feel so free to even consider divorce. Previous generations could not conceive of this woman as having a problem, as she has everything previous generations ever expected from life.

Not only have the problems changed, but much of what previous generations relied on for help with problems and for a sense of connection has disappeared. There is a wonderful book called Life is With People which describes the shtetl in Eastern Europe and its intricate web of interrelationships and mutual help. Life in the shtetl was predictable--with people knowing their social role and status in life. They also knew each other's business and consequently felt responsible for each other.

Today most of us would not want to feel so exposed to other people. We don't expect to stay confined by our position at birth, but expect to be able to advance to wherever we want to be. We usually prefer to keep our own business private while we make this journey through our lives. We know that the mutual support and help given so freely in the old days also carried with it social control that we no longer will tolerate. The community was highly involved in personal affairs, and it also dictated who could do what with whom. Today we value our personal freedom and our right to be who we are, and we do our best not to care what the neighbors think.

So on one hand, we demand a level of personal happiness that our ancestors never dreamed of, while at the same time we have little connection with a community of people to guide us. Until very recently daily survival was a fairly realistic goal for most people.

We may be the first generation that demands a personal life plan based on decisions we expect to make by ourselves. We expect to decide what profession to acquire, whom to marry, where to live and how to live. Whereas in the past all these were pretty much decided upon by the circumstances of our birth, today we are called upon to figure all these out ourselves. That can be a pretty daunting burden, carrying with it the almost overwhelming fear that if we make the wrong decisions we can mess up our entire lives.

Therapy has moved into the vacuum left by the community and its clear prescription for how to live. It tries to ease the burden of all the heavy decisions we carry for our lives. This means that we bring to therapy all our longings to share the burden of personal responsibility for making right decisions. We hope that the therapist will know what we don't know, will fill the void of the voice of authority that is disappearing from our world. If the therapist doesn't know, who will know?

This situation is also a surefire prescription for failure. We come into therapy with two diametrically opposing expectations. At the very same time that we expect guidance, we also want to work all these things out for ourselves. Isn't that the whole point of living in a modern society? Aren't we trying to throw off the yoke of all the "shoulds" that weighed on our parents? We have two requests for the therapist: tell me what to do and don't you dare tell me what to do!

People cope with this paradox by being in touch with only one side of the dilemma. Some feel that what they want is for the therapist to validate decisions they have already made. Others want the therapist to tell them what to do. But generally most people don't see the opposite tendency in themselves. Often the therapist falls into the trap of trying to highlight the missing piece, the very part of the paradox that the person isn't seeing and probably doesn't want to see.

Typical is Mya who came to therapy in a deep depression. Having undergone five miscarriages and numerous unsuccessful attempts at artificial insemination, Mya was exhausted and burned out by over ten years of over-involvement in the task of getting and staying pregnant. She was depressed because she didn't know what to do and felt herself a failure. She had focused all her relationships around getting other people to tell her what to do: should she adopt? Should she give up? Should she try treatment abroad? These burning questions had consumed her life. These were the questions she brought to the therapist, just as she did with all her friends and family who were tired of hearing her obsessing about the same issue for so long.

Through therapy, Mya experienced immediate relief from her depression, since she had found someone who actually listened to her without giving her advice. But at the same time she felt that she was probably wasting time and money since the therapist refused to tell what to do, but instead "just listened". Even though her depression lifted, she still quit therapy. She was disappointed that being in therapy had not "solved" her problem. She continued to try getting pregnant, continued to obsess (and alienate) everyone around her, and soon found herself becoming depressed again. So she tried another therapist.

Mya's husband Guy went to a therapist to help him decide whether to stay with Mya. Guy thought that he wanted to leave Mya. He felt that she had neglected him and their marriage. However, he felt guilty and afraid that people would see him as selfish, or that he would blame himself for abandoning her. So in effect, Guy wanted approval for what he thought he had already decided. Instead, the therapist asked Guy some hard questions: his acceptance of Mya's quest for the pregnancy and her ignoring of his needs and his hesitation about leaving, wondering out loud if maybe Guy was still attached to his wife but was trying to assert his own needs, albeit in a very drastic manner. The therapist said that perhaps Guy was trying to send a "wake up call" to his wife.

This confrontation made Guy feel more confused and angry at the therapist. What he really wanted was simple confirmation of his decision to leave, not an exploration of his motives. While Guy quit therapy, he also did not leave Mya. He wasn't really so sure about his decision but he wasn't ready to face that fact in front of someone else. After more time feeling totally stuck, Guy tried another therapist.

Both Mya and Guy had contradictory expectations from therapy, making success almost impossible. While. Mya thought the therapist should direct her decisions, Mya also really needed someone just to be there for her, just to listen to her pain. Unfortunately, Mya didn't recognize this other side, although the therapist did. Guy believed that the therapist should agree with his decisions, but he also was terrified of actually leaving Mya. He really needed someone who would point this out to him, and would give him some real guidance. Here again, the therapist was aware of Guy's need for confrontation, but that didn't make Guy want to be confronted.

In going into therapy, we grapple with the dilemma of how to maintain our sense of being personally responsible for our own lives, while also letting someone else influence us. This sounds difficult and it is.

But in reality, isn't this the same problem most of us have in our own lives, and not just with therapy? Perhaps therapy is like a microcosm of modern life: in therapy (as in our lives) we struggle to be true to our own voices while somehow still remaining connected to and supported by others. Mya had focused on her own needs, forgetting the needs of family and friends. Guy had become pulled into this, giving up his own needs. Mya had forgotten about others, while Guy had forgotten about himself. Neither had solved the dilemma and it is this dilemma they continued to bring to each new therapist. Maybe therapy eventually works when it starts to be clear that we won't get what we want. Only then may it become possible to get what we really need.

Therapy did not create this dilemma, nor cannot "solve" it. We can make therapy far more successful if we realize this strange fact: whatever is making us upset ABOUT the therapy is probably connected to the reasons we went into therapy in the first place. What if instead of blaming therapy, we used therapy to investigate these very issues? What if Mya had used therapy to look at how she isolated herself by turning other people into actors in her own private drama? Perhaps then she might have used the support her husband and her friends were trying to give her. What if Guy had used therapy as a place to look at his own fears of about leaving Mya. He might have realized that it was fear that had stopped him from taking care of his own needs for so many years and it was fear of looking into himself that was keeping him stuck now.

This is not to say that every therapist can actually succeed with every person. Rather than before you give up, move on and expend so much effort in finding the "right" therapist, maybe you can turn your therapist into the right therapist by first taking a good look at yourself. But isn't that what you came to therapy for anyway?