The Taming of the Jew 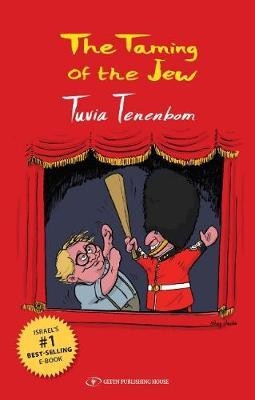 Tuvia Tenenbom is eminently qualified to write a satire on politics, anti-Semitism and theater. He is a journalist and dramatist, speaks English, Hebrew, German, and Arabic and was the founder of the Jewish Theater of New York. One of his previous bestsellers was called Catch the Jew.

For this book, he decided to investigate the United Kingdom – the whole of it, i.e., England, Scotland, Wales, and Ireland – and the attitude of people in general and people in power to anti-Semitism, the Palestinian issue and theater. Being a dramatist himself, he cleverly alluded in the title to Shakespeare's The Taming of the Shrew.

It is not a book written after a short visit to the UK or by quoting published articles. Tenenbom actually lived in the UK for over six months and traveled the length and breadth of the country to get a feeling of what people really think. Due to his language skills and flair for drama, he managed to get interviews with top politicians and people of influence, disguised alternatively as a German journalist or Nazi, a Jordanian sheikh, a devout Muslim or a Christian tourist. His travels occur during a time of great upheaval in the UK – Brexit, Theresa May's survival and eventual resignation, Jeremy Corbyn's (which he calls JC) campaign defeat in the elections etc. The result is an astonishingly honest record of what named people said on and off the record.

One example of his style is when he visits the Royal Shakespeare Company (TSC) for a performance of Molière's Tartuffe, one of his favorite playwright's pieces. The booklet depicts the play as a "a brand-new version of Molière's provocative classic, relocated to present-day Birmingham's Pakistani Muslim community". The protagonist, Khalil, a character not in Molière's version, states: "How did we get to a point where the most tolerant and academically inquisitive religion in the world ended up being hijacked by people like you!" You get the politically correct aspect?

Written in a sarcastic tone, with subtle humor which is at times hilarious, the book is highly entertaining but at the same time disturbing since it reveals what most people in the UK really think about Israel (meaning the Jews in general), Palestine and Brexit.

The cover says it is the #1 best-selling e-book in Israel, but the Gefen website does not list an e-book version.