The Story of Meg and Rabbi Firer 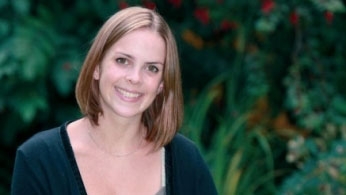 Meg Jones is 21 years old and lives in the village of King's Somborn in Hampshire, England. Her mother works in the Hampshire Department of Education which is directed by John Clark, my brother-in-law. Two years ago she was diagnosed with a large growth in the brain which caused epileptic seizures. She was then a first year student at Warwick University, studying the history of art.

I survived a similar experience four years ago when I was similarly diagnosed but my growth was smaller and located between the brain and the skull. After some researching, I reached Rabbi Firer in Bnai Brak. For readers who have not heard of him, Rabbi Firer is a really extraordinary person who runs a medical advisory service although he has no formal medical education or training.

He has made himself familiar with the world of medicine and keeps up to date on the experts in every medical sphere. He is available to offer this advice to every caller and appears to work 24 hours a day. Callers are sometimes asked to call again at 2:00 in the morning. He does not charge for his advice. If necessary, he will make an appointment to discuss details with a patient. He also operates a medical equipment loan service, similar to Yad Sara, but he has much more sophisticated equipment available.

In addition, Rabbi Firer operates a physiotherapy clinic which offers free treatment to those in need.

I have discussed this extraordinary man with hospital directors who freely admit to referring patients to Rav Firer to get advice as to the best source of treatment. In my case, he referred me to a Japanese surgeon, Prof. Takanori Fukushima, who works in Morgantown, West Virginia. After checking with two patients in Israel who had survived operations by him, I was operated on, and my tumor removed. The operation was so successful that my neurologist reports that from an MRI scan he can't see any sign of the operation.

Now back to Meg. My sister and brother-in-law suggested that we meet Meg with her parents to tell them of our experiences. We met in March 2005. They brought medical reports with them and we were aghast to discover that the British Medical Service had simply given up on her, that the many reports only recommended medication to reduce the frequency of epileptic attacks which were upsetting her studies – in short,

to ease the period until the end of her life. And she was only 19.

We exchanged notes and I offered to take her X Rays to Rabbi Firer. She and her parents welcomed the suggestion and Rabbi Firer agreed to examine them. After a brief and rapid examination, Rabbi Firer advised that he would like to ask Meg's mother a few questions, which he did on the telephone. He then advised that my Japanese surgeon was not the best choice because of the different position of the tumor and recommended Prof. Peter Black at the Brigham and Women's Hospital in Boston, U.S.A.

Meg's parents wrote to Boston, sent the X Rays to Prof. Black and received a positive response that he could operate and was confident of success, using the latest MRI equipment. Meg and her parents travelled to Boston and Prof. Black was able to confirm the opinion he had written – that he was confident that surgery would be successful. As there was a risk to Meg's sight, Meg decided to postpone the surgery for two years so that she could complete her BA Degree. She was monitored during the period and would have had the surgery immediately if there had been any deterioration in her condition.

Meg completed her degree in May this year and was operated on in Boston in June. The operation was so successful that she returned home two weeks later and has since been functioning well. (It took me 6 months to recover, but then I'm not 21 years old).

When it was suggested that she go to Boston, it was clear that the family did not have the means to cope with this huge expense. Friends embarked on a local fundraising campaign which they called "Brains Trust" and registered it as a charity. They organised all sorts of fundraising activities and raised funds far in excess of the funds required for Meg. So they decided to use the funds to train British surgeons in the techniques of brain surgery clearly lacking in the U.K. In fact, they even persuaded Prof. Andrew McEvoy of the Queen's Square Hospital for brain treatment in London to accompany them to Boston and to participate in the operation.

So Rav Firer's advice not only saved Meg's life but also contributed to the improvement and advance of surgery for all U.K. brain treatments. And if Meg's mother in her Hampshire village is asked how she came to reach Prof. Black in Boston, her reply is that she asked Rabbi Firer in Bnai Brak.

If you want to read more about Meg, see the Brains Trust web site: www.brainstrust.org.uk/