Story and Photos by Judi Argaman

Our fourth year of the summer day camp, ESRA's "First Steps Program", which is operated in the community center in Hephzibah, Netanya, has ended. ESRA is very involved in the disadvantaged and poverty stricken neighborhood where most of the residents came from Ethiopia and ESRA has really made a difference with various projects, one of which is First Steps.

We have always had ups and downs, disappointments and successes - but this year, the year of Corona, is a whole different story. This year was a special challenge. 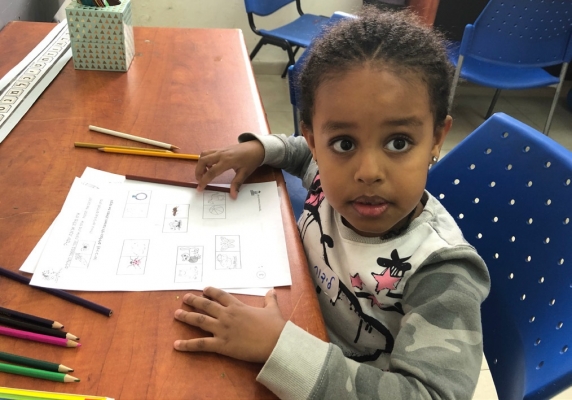 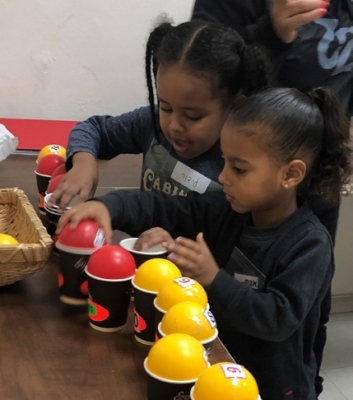 Due to Corona, we were not able to work with the children in March, April or May. Those are the dry facts and that is the reality. These children missed a huge amount of time when they would have worked with us in order to ready them for their next chapter in school.

With motivation and hope, we returned to work in June and July until August 6. We worked five hours a week with the children - that is to say, two days a week - in the hope of helping them and filling in the gaps.

All of the kindergartners really have lost out. Who is hearing them? Who is even aware of this? I have not read or heard anything in the news or social media dealing with this unfair situation. 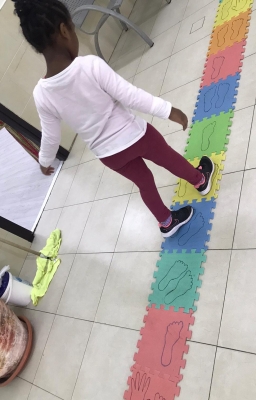 They missed out on playing with their friends.

They missed out on being in the playground.

They missed out on arts and crafts.

They missed out on free play.

They missed their morning prayers.

They missed all of the activities which are part and parcel of the kindergarten program.

And that is just a short list of what they missed.

Why is it more tragic for kindergarten graduates than for school age children? Because school-age children will continue in the same framework, in the same school. All the teachers understand what happened in light of the coronavirus - that the lessons in history were not completed and that they learned a little less English and Math and other subjects. But with the kindergarten children, it's a different story.

These kindergarten graduates will suffer the most in the next school year. 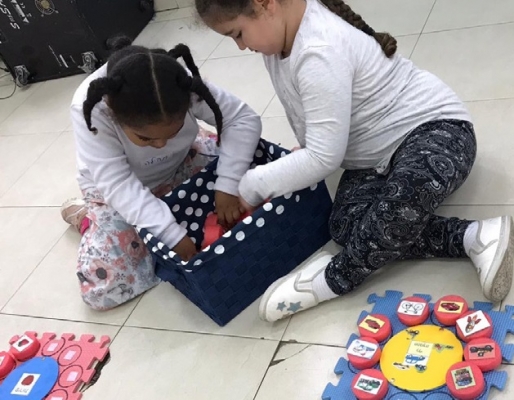 The pre-kindergarteners still have kindergarten to experience and learn this coming school year; but the kindergarten graduates are now making a radical break from their past and moving into a school environment. Many of them have not been in any organized framework for five to six months. They lost out on so much in preparation for their future and in enriching and building their foundations.

The silent cry of the kindergarten graduates has not been heard anywhere in Israel except by ESRA in Hephzibah, Netanya. Our program First Steps has made a huge difference for the children who did come back to kindergarten and to our camp.

For the First Steps staff, it has been an incredible and uplifting experience. The 10 children who did return are ready for school!

Two or three of the children who haven't come back to kindergarten since Purim did, however, want to be with us. In June and July they would come on Mondays and Wednesdays to work with us, and then go home. That says a lot about our dedication, love and success.

So as we look forward to the new school year, we will be ready to deal with this situation and we will start as early as we can so that there will not be an unheard silent cry from the kindergarten graduates next year at this time. 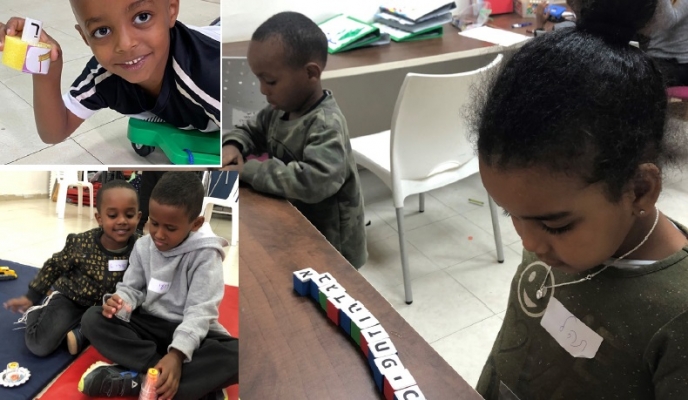