The Desert is Hot!

This is not a description of the climate down south in the Negev but a description of David Ben-Gurion's dream come true. Exciting developments are taking place not only with the "Greening" of the Negev, but also, significantly, in technology, science and innovation where in years gone by camels roamed.

Beersheva is the center point of the remarkable evolution and will soon become the home of Israel's national cyber center – one of the most advanced in the world. The army's elite high-tech units are already relocating down south. An advanced Hi-Tech Park is in operation.

Ben-Gurion University of the Negev in Beersheva is taking advantage of these momentous happenings and is equipping itself to take advantage of these exciting activities and developments. It is well qualified to do so as it has the well-earned reputation of being a pioneering institution.

One such example took place within the Business School where the first Academic Entrepreneurship Center in Israel was established in 1999. The Bengis Center for Entrepreneurship and Hi-Tech Management was created to provide the necessary skills to convert an idea into a viable business. Innovation has become the byword of the start-up nation.

The establishment of the cyber center and the presence of bright young army personnel will give a boost to the center as it will attract the type of energetic young men and women who are ambitious and innovative and would like to convert their ideas into a profitable reality.

The mission statement of the Bengis Center states that it was established in order to respond to the growing need for understanding the issues faced by entrepreneurs and innovative companies. It serves as a catalyst and facilitator, creating and channeling

entrepreneurial activity within the university, the Negev community and Israel as a whole.

In June, an important conference was initiated by the Bengis Center - "Innovation 2014". The emphasis was on the message, "Local Innovation meets Global Forces". To everyone's delight, the participants included leading international corporations such as IBM, HP, Oracle, Intel, EMC, Microsoft and leading Israeli corporations such as Strauss, Bank Hapoalim and Canaan Partners. Most of the participants chose to send their top executives. It was also attended by the dynamic mayor of Beersheva, Runik Danilavich. 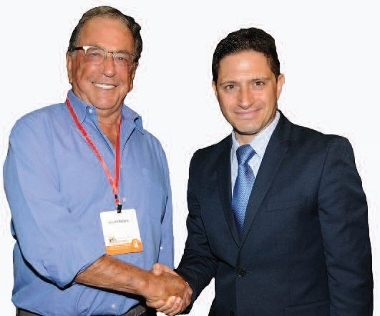 There was enormous enthusiasm and excitement among the 3000 attendees, and 1500 students had an opportunity to present their final projects. It was indeed an honor that such a distinguished group of business leaders chose to participate in the conference, and it is a clear indication of how important the development of the South is to the future of the country.

In August a joint seminar was held between Israeli MBA students of the university and students of the University of Fortaleza in Brazil. The seminar was part of the entrepreneurship and hi-tech track courses within the MBA program of the Department of Business Administration and was sponsored by the Bengis Center. In the light of changes in global markets, the objective of the seminar was to expose students to potential activities taking place in growing markets. The Israeli delegation that went to Brazil was lead by Prof. Raphael Bar-El. 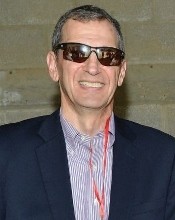 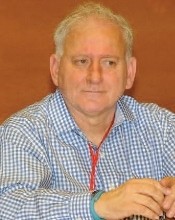 The idea of creating the first academic Entrepreneurship Center was born in the lobby of the King David Hotel in Jerusalem in 1998. I was chatting to Amos Drory, the Dean of the Business School of BGU. Harvard and Stanford Universities in the USA had recently introduced entrepreneurial programs in their business schools, so I thought: Why not here at BGU? We brought the idea to the President, Avishay Braverman. Always innovative and energetic himself, he grabbed at the idea and entrepreneurship in the Negev was born. Prof. Dafna Schwartz joined the team shortly afterwards and soon became the driving force of the Bengis Center with her enormous energy and enthusiasm.