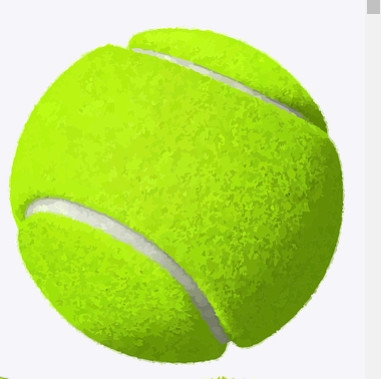 I had sold my business. I was retired and divorced. I was twenty-nine. April 1968, I arrived in Israel, ten months after the Six-Day War. After two nights in Jerusalem, I drove south through the Negev Desert to Eilat at the southern tip of Israel. After checking in at the Queen of Sheba Hotel, I inquired, "Does Sheba have tennis. Is there someone I might play with?" The desk person eyed me with narrow brow and said, "Wait here."

Within minutes a man about six-feet-two, perhaps in his forties, emerged from the elevator. He strode purposely right up to me, and grimly inquired, "You play tennis?"
"Yes." I said, noticing his Lacoste shirt struggling to contain his big arms.
"Are you good player?" he cautiously inquired.
"Not bad."
"You can play noon tomorrow?"
"Yes, where?"
"Court is thirty meters behind hotel."
"Singles?"
"No, doubles, two guys work at airfield."
"Are they good?"
"Yes. Gary, young Rhodesian guy, your age, very fast. Rashid, fat Palestinian, maybe fifty, hits good shots. My name is Freddy. Yours?"
"Ben-Zion. Are you a good player, Freddy?"
"Yes. Also, there is bet. Winners gets fifty dollars American, OK?"
"Fine."

The court, (only one), needed repairs. Cement cracks, some an inch wide, steel net inches too low, resting on empty beer cans. Perimeter fence too close to the court. First set, Freddy and I were lousy. Too many errors. He went for too much too soon. I was distracted by the goofiness of the court and the rhythm of play. Our opponents had very different games. Gary was quick but pushed his shots back with little pace and poor placement. Weak doubles player. His partner, Rashid, had a good forehand and a very nice slice backhand. His movement was slow but he hit excellent volleys and smashes. He knew how to terminate points. A strong doubles player. We lost the first set six-two. Time out. Teams stood at opposite ends of the net. No chairs or benches. The sun beat down from a cloudless sky. It was warm and windless. Freddy was crestfallen. He sadly informed me he had never beaten "these guys".
OK, time to get serious.

"Freddy, we are giving these guys too damn many points. Let's beat them."
"Ken, yes."
"We are going to attack. We will hit at Gary, not away from him. His shots can't hurt us. We will hit less to Rashid and only to his forehand. I will protect your backhand by poaching more with my forehand. Keep pounding your forehand, it's really good, go for more angle, drive them into the close fence. Remember, in doubles, the team with the weakest player loses more times (often would be better) than the team with the strongest player wins. And stop looking unhappy! Smile."

I was confident. I felt acclimated, finally, to both the court and our opponents. The first set took half-an-hour. We won the second in an hour. Our battle plans worked. We had fewer unforced errors and made them work hard for points. Rashid was clearly tiring. After splitting the first four games, we won the last four, to take the second set six-two. We picked on Gary and made him the weakest player on the court. One set all. Third and final set. We won the first three games. Freddy and I each held serve easily and broke Rashid's serve at love. In game four Gary served at advantage out. His serve was reduced to powder-puff level. Rashid was exhausted. He would not retreat from the net. Gary's puny serve bounced very short in the box, I stepped into it and blasted a forehand directly at Rashid's face. He raised his racket just in time. The ball ricocheted off the frame, then off his forehead. He staggered in circles for a couple seconds. The man was tough. He carried on. We went up four- love, Freddy to serve.

Out of nowhere, a weird screech accompanied by a blurred flying object whooshed over our heads. It splashed ten meters away into a canal running alongside the court. A geyser of water shot high into the air. I turned to Freddy, silently gesturing with upraised palms. Our opponents looked quizzically at each other and shrugged.
"Keep playing," Freddy said. The others nodded. Freddy served to Rashid. He stumbled to return the ball and fell down. Ace. As Freddy tossed the ball to serve to Gary, there was another WHOOSH and then, BAM. An explosion on the end of the airfield runway, twenty meters from the court. Debris scattered from a hole in the tarmac.
"Mortars," Freddy shouted, "off court, now".
"Who fired them?" I shouted.
"Jordanians".
"Why?"
"I'll find out." Freddy said, pointing toward two Israeli Patton tanks heading toward the hotel.
"I'm Reserve IDF Major. Stay away from hotel. It could be a target."
People were fleeing from the hotel yelling in Hebrew. Freddy returned shortly, "The Jordanians contacted the IDF. It was an accident they said. Please do not retaliate. Two Mirage jets had scrambled. Would have been here in minutes."
"So, we can finish the match." I pounded on Freddy's back.
"No. You were the best partner I ever had. Thanks. We cannot finish playing for many days and you will be gone."
"Why?"
"The two of them have left. They must immediately work on repairing the airstrip. It's the only one in the whole area."
"Damn, I'm so sad for you Freddy."
He grinned and gave me a rib endangering Hungarian-style bear hug.
"Do not be sad for me. I am very happy. I know we won. And, Ben-Zion, you must always remember, we won twice. We beat them, and, we are alive. Five or ten meters closer, those mortar shells would have killed us all."