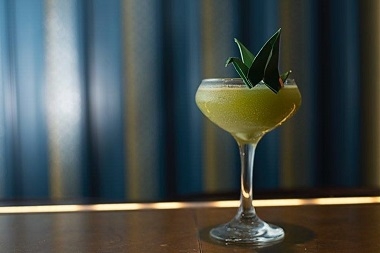 Maple syrup, eggs whites and Chartreuse are some of the more popular ingredients finding their way into Tel Aviv's well over a hundred custom cocktails at over a dozen cocktail specialty bars.

Listed from North to South

The most northern cocktail bar on the Dizengoff/HaYarkon "Cocktail Trail" is the sister bar of the older Spice Haus. It offers a great introduction of what you might expect from Tel Aviv's cocktail culture: fanciful presentations of traditional and unique cocktails with some complexity, fresh flavors and a twist. Drinks are all served in creative glassware or vessels and available in larger sizes too for 2, 4 or even 8 friends.

A popular choice is Matilda-spiced bourbon, lime and pineapple juice, cherry liqueur served with a garnish of dried pineapple in a copper pineapple coffer that everyone wants to take home. Bourbon, with its sweet and smoky notes is a popular component in many cocktails around town and this creation might convince you why.

This is more of a place to eat and have a good cocktail to accompany it than the other way around. Its sister bar is the Concierge cocktail lounge so the cocktails are served in fun vessels like a wicker bike or ceramic frog. They serve breakfast and a full menu all day, so you can go out all night to other bars and get "Room Service" here anytime you wake up. Try the house's premade frozen daiquiri for a fruity but tart treat with some kick you can even take to go on your way to the beach.

One of the two bars to launch the scene, the bartenders wear dapper attire such as arm garters and suspenders or chef's jackets to give a Great Gatsby vibe. An evolving seasonal list of cocktails means there's often a new treat to try. Happy Hour starts at 6 pm and is "Buy 1 get 1 free" and is a good time to grab a seat for after 9 pm seats can be in high demand. Owner Ariel Leizgold founded 223 and Bellboy and also has consulted for a lot of cocktail lists around Tel Aviv. 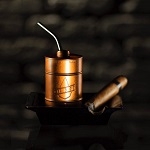 This dynamic duo of cocktail bars share a common wall and management team of Elad Baruch, David Hirshfeld and Lee Ben Ari. Catering to the 24 and over crowd, Johns is a more sophisticated Tel Aviv's cocktail stop though it opens early at 6 pm., Its Happy Hour is unique in that instead of 1+1 drinks they offer "Buy one drink get one appetizer free."

Johns stays open to 2am or 3-4am on some nights. Jaspers opens at 9pm but keeps pouring to 6am or even later, so it has become a popular spot for industry insiders who want someplace to unwind after their regular bars or eateries close. At Johns try the Green designed by their charming British bar veteran Nicola Simpson. It features gin, Chartreuse, sesame syrup, wasabi and cucumber for a cool and refreshing respite with a little kick of heat. At Jaspers you can indulge in a Nacho Libre-tequila, Chartreuse, triple sec, agave syrup and chili oil. Many cocktails seem to feature dark liquors like Tequila, Bourbon or Spiced Rum, maybe because they add a bit more complexity than white liquors like some gins, vodkas or light rum, which rely a bit more on their mixers to make a cocktail shine. A great drink to accompany Japser's beef-filled steamed buns.

There are as many seats seemingly outside as there are inside. Happy Hour is "Buy 1 get 1 free 6-9pm Sunday to Thursday" with a full food menu and drinks that come in three sizes: small for 1-2 people at NIS 46, medium - enough for 4 at NIS 174 and large - enough for 8 people at NIS 268. It's one of the easiest and affordable places to make for an all-night date or party and they have a full menu including traditional fish and chips. The Lazy Armchair Delight offers tobacco infused bourbon, Averna herbal liqueur, lemon and maple syrup for a drink a cigar smoker might cherish or remind a nonsmoker of their favorite barrel-aged liquor.

With well over 100 seats this is the most inviting bar on the list for those without reservations or with a large group. A casual, eclectic décor lends itself to the neighborhood bar atmosphere that is a departure from the stuffier original Tel Aviv cocktail scene. The full and more than competent kitchen is open until 1 or 2am. They have a rare seven nights/week Happy Hour from 6- 8:30pm (1+1 drinks). Malibu Blue is fluorescent blue served in a tall daiquiri glass, their twist on a pina colada featuring gin, coconut rum, coconut cream, blue curacao, simple syrup and lemon juice.

Owner and sommelier Nick Sitbon has a concept bar here ahead of the curve. With a focus on elegant craft cocktails they also feature the best thought out and diverse list of Israeli craft wines and micro-brews. A Scandinavian theme permeates both the interior and even the drinks which offer lots of character and expression, often served topped with flavorful foams and accented by smoked infusions. Hand cut large chunks of ice or whole glass ice balls insure your ice stays chilled yet melts so slow that your drink doesn't become watered down. Happy Hour is 6-8pm offering NIS 35 cocktails and Saturday nights feature a tasting menu. Closed on Sundays. The Black Pearl-Rye whiskey, elderflower, honey, ginger syrup, lemon, charcoal with grapefruit and elderflower foam. Served in a highball glass a pitch black drink might be intimidating for some but once you go Black you may not want to go back.

Maybe the smallest yet most iconic bar on the list or at least it feels intimate because its seats, stools at the bar and booths are often the most in demand. With a rotating seasonal cocktail menu that separates choices by what sensation you like. 50% off drinks Happy Hour 6-8PM.

This most acclaimed bar has a much larger and adjacent new Mexican/Caribbean lounge called La Otra with a larger food menu and its own themed cocktail list.

French 57 2 Brenner near the corner of Allenby

After two of its three bartender/owners immersed themselves in the New Orleans cocktail scene, they came to Israel ready to bring back a slice of that Cajun and Creole with fun and Gulf Coast inspired cuisine. Open typically 6pm-3am most nights. Their list includes their take on a Hurricane and a Black Magic Julip (their intense take on a Mint Julip) that is on a special Black Menu (available only on request) which features more outlandish drinks that connoisseurs might find favor with but might be a bit challenging for the average person on the street. Cocktails are typically NIS 52-55 with Happy Hour 6-9pm and all cocktails are offered at an approachable NIS 30. Madame 57, their take on the classic French 75 cocktail with roasted mango infused gin, fresh mango, habanero, thyme, pineapple extract and orange bitters topped off with one of Israel's best sparkling wines, Yarden Blanc de Blanc.

This eclectic bar is the sister bar to 223 though it features its own list of cocktails and a 50% off Happy Hour from 6-8pm. Close to Habima theater, its atmosphere has a Victorian/steam punk feel and is aided by the fantasy driven cocktails that win best in show as far as "wow let me take a picture before the first sip". Their Breakwater is a breathtaking dried fruit rum infused punch served with dry ice fog coming under a seashell that seems like the creation of a bewitching mermaid that needs to be seen to be believed. Many of their drinks can be served for groups which make this trendy stop not only fun but its NIS 58 drinks more affordable.

This "Island bar" has become a favorite of Florentine locals for their pleasurable portents, hospitality and great grub. Amiable mixologist//co-owner Ben Landau is one of their charming barkeepers offering cocktails named after cultural icons like Darth Vader, Gandhi, Hillary, Trump and the Terminator, which lets you know this is lounge for letting your hair down for a good time. Happy Hour is 6-8pm when cocktails run at an attractive NIS 25. Their JFK could as easily be named "Hawaiian Punch for Grown-Ups" with fresh melon, mint, gin, hot chili syrup and a garnish of a caramelized banana.

Special thanks to the exceptional hospitality of the owners, managers and bartenders, who hosted me making this article possible.