Security at its Heart, but this Community Prefers to Stay under the Radar 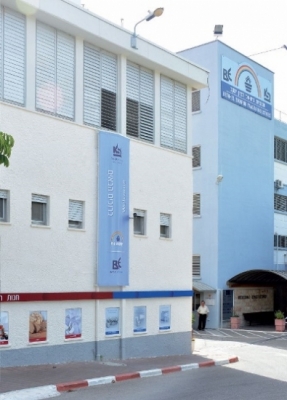 We have been to Zichron Yaakov numerous times, but we never knew about Kibbutz Beth-El or Beth-El Zichron Yaakov Industries. Our friends, Cynthia and Raymond Selwyn, do business with the people who own this company and established this kibbutz, and they took us there for a visit.

This community of German Christian Zionists is a bit like the Amish or Orthodox Jews: they do not own televisions or go to bars or clubs. They came to Israel with a desire to live a simple communal lifestyle, based on principles of modesty and harmony, and living according to the Bible. The kibbutz operates under the Israeli law pertaining to kibbutzim. They live in their own houses and members work in the community's businesses, eat lunch in a communal dining hall (which has a kosher section for the Israeli workers), and receive food for preparing the remainder of their meals. They receive an allowance in lieu of a salary.

Currently the community has about 900 members living in Israel, mostly in Zichron Yaakov, Binyamina, Magen-Shaul, the Golan Heights and Haifa. Other members live in Germany, Hungary, Romania, Canada and Africa. The children attend a community school that goes from kindergarten through 12th grade. The vocational school provides the students with an education equivalent to that of a practical engineer, qualifying its graduates to work in the Beth-El community industries.

The community was founded in 1963 by two sisters, Emma and Elsa Berger. At first, three engineers came to Israel; now the seven factories and other businesses employ 600 Israeli workers and Beth-El is the largest employer in Zichron after the local council.

Kibbutz Beth-El established the company, Beth-El Zichron Yaakov Industries Ltd. in 1977 to help meet the security needs of both European and Israeli populations. The company makes protective systems for bomb shelters, and medical isolation systems. It was due to the group's sense of mission in Israel that the first factory it founded was for ventilation and filtering systems intended to provide protection against nonconventional weapons. The equipment forces clean air into bomb shelters, eliminating the need to use gas masks in the event of a nuclear, biological or chemical weapons attack. After the 1990 Gulf War, the company grew exponentially, eventually creating a variety of daughter companies and product-lines.

Beth-El Industries corporate headquarters are located in a beautiful valley opposite a local winery in Zichron Yaakov. It has also developed a variety of affiliate companies that manufacture a wide range of products in locations throughout Israel. Beth-El Industries has some 25,000 square meters of facilities and more than 600 highly valued employees, who come from both the kibbutz and the surrounding communities. It has a broad base of operations and performs every stage of design and production in-house, including design, engineering, development, metal processing, plastic injection, aluminum die casting, precision machining, filtration and separation technologies, electronics, programming, assembly, and testing. B.E. Industries' NBC/CBRN makes nuclear, biological and chemical filtration/protection systems, and produces other products for use in hospitals, schools, government buildings, military applications, emergency vehicles and shelters.

In addition to the industrial products, Beth-El Food produces organic food products, including jams, candies and honey, under the trade name "Aunt Berta". These goods are sold in Israel, the United States, Germany and Great Britain. The company also builds food machinery and makes private label products for use within Israel.

Another branch of the industry produces high quality down comforters, pillows and the like. 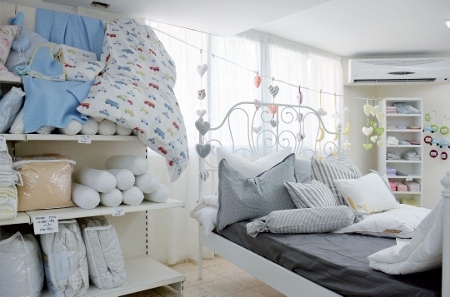 In an interview published in Haaretz newspaper in 2009, Albrecht Fuchs, the general manager of Beth-El Industries, said the companies do turn a profit, but these funds are reinvested in research and development, in expanding production and in establishing new plants.

"Beth-El are Christian Zionists who believe we must thank the people of Israel for everything we do," said Fuchs. "We believe that our salvation came from you, as the chosen people. What the Beth-El community does here is designed to help build the country, not line our pockets. We have come from rich countries. We lack nothing."

According to Stefan Link, our friends' contact and the person who showed us around the industrial complex and outlet store, the group has finally received permanent resident status in Israel, although getting it did take a long time. Some community members serve in the Israeli army, of which community members are proud.

As reported in the 2009 Haaretz article, when the group first settled in Zichron Yaakov, local residents were afraid that they were there to proselytize, and organized demonstrations against Beth-El. The community is now well accepted, especially because it employs so many local Israelis. Its business standards are highly professional, its training of its high school students is extensive, and its factories are very clean and organized.

I can personally attest that Aunt Berta's Nougat-Orange Pralines are outstanding, the sesame-seeded onion crackers are a treat and the seeded organic whole-wheat bread is wholesome and delicious.

Not many tourists get to meet German Christian Zionists living in the middle of Israel, and I'll bet not too many Israelis are aware of their presence either. Beth-El could be the name of a Jewish-owned Israeli company, so this community slips easily under the radar, which, modest as they are, is how they like it.