Scientific Instruments Through the Eyes of Swedish Donor


A remarkable collection of scientific antique instruments at MadaTech - The Israel National Museum of Science, Technology, and Space, Haifa

It all started in a small London antique shop in October 1969, when Harry Pommert, then a young Swedish student, first laid his eyes on a 100 years old microscope, which cost him a week's lunch.

It wasn't by chance that Pommert's interest was caught by antique objects. His father had started a unique shop in Stockholm, called Fantasia, which carried all kinds of paraphernalia, including antique equipment that could he hired for a fee to a costume ball or for use by actors, or as backdrop décor at the theater. For example, if you so fancied, you could hire a complete knight's body armor.

Several decades later, he is still fascinated by his unique collection of scientific instruments, adding up to about 470 valuable items of all different kinds and uses, amongst them 112 microscopes, 100 telescopes, various telegraphs, watches, binoculars and many other navigation, medical and meteorological instruments, all on display at MadaTech's exhibition, Harry Pommert's View of Science, which was first shown in 2013 in a specially dedicated room at MadaTech. The room displays some 150 pieces from the collection, the rest are reserved for researchers with special interest in historic instruments.

The collection, takes visitors down history lane to the 17th century, and is divided into several different categories of instruments, all used in different areas, most of them originating from Great Britain, France, Germany, and Sweden.

Take a look at a rare copy of Anton van Leeuwenhoek's first single lens microscope, one of only 17 remaining such items in the whole world. Watch one of the earliest telescopes used to explore distant galaxies, observe the fine mechanics and watch making tools, or discover how sextants, octants, compasses and other instruments have made it possible to navigate. 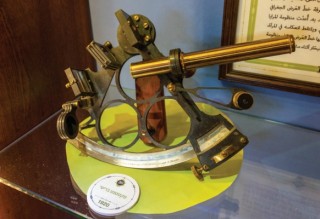 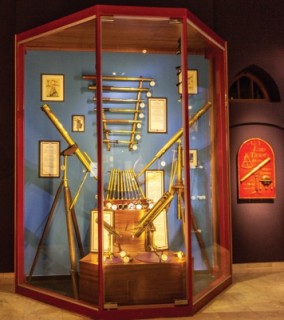 Early telescopes in a display cabinet in the View of Science room (Credit: Eyal Amir/ MadaTech)

"It is because of optics, that many of these items here found a use." says Pommert. "The Chinese found that by taking glass, shaping it and polishing it, it took on special properties. The lenses became magnifying instruments and by putting different kinds of lenses in front of each other, you could get a keyhole into the micro-cosmos which I call, the Microscopes and the macro-cosmos, space", Pommert adds that the Dollond Brothers, who invented the triple achromatic lens system helped the world make a big leap forward and produce a better, sharper image.

Harry Pommert's View of Science is a one-of-a-kind exhibition, where historic scientific instruments meet groundbreaking technologies and merge into exceptional interactive exhibits. It offers visitors of all ages, unforgettable hands-on experience, drawing them into the fabulous world of science and technology and demonstrating how outstanding past discoveries still make their mark on humanity.

"I think that the wheel has come to a full rotation," adds Pommert, "because this place was the first place I visited in 1963 when I came to Israel, and therefore I think that MadaTech, an excellent institution in the old Technion building, with history pouring from its walls, is the proper place for our collection". 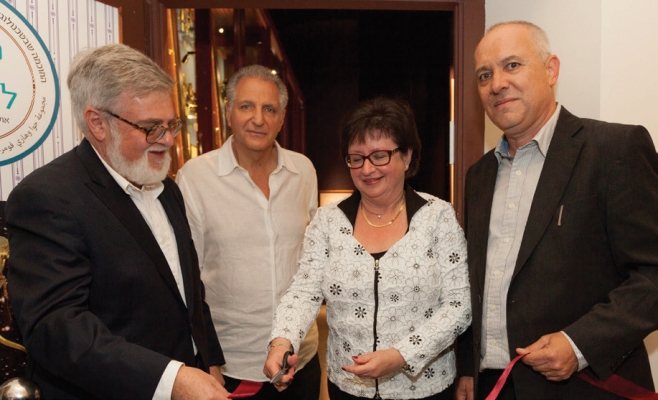 Swedish donor Harry Pommert (left) and his wife Eva with MadaTech officials at the opening ceremony in 2013 (Credit: Eyal Amir/MadaTech)

In the early 1980's the Museum was just one small exhibition room. In 1985 the Technion vacated the building, and in 1987 MadaTech was officially recognized by the government.

In a letter sent by Yitzhak Navon, Israel's Deputy Prime Minister and Minister of Education, to the Government dated 1987, he declared MadaTech as Israel's National Museum for science, design and technology. The official name was later changed to The Museum of Science, Technology, and Space

The Technion still has a member on the board of MadaTech but it is an independent organization led by its chairman Leon Recanati, an Israeli businessman and philanthropist.

The Museum of Science, Technology, and Space