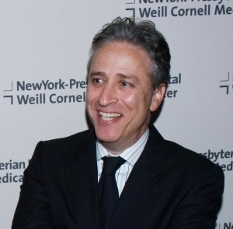 The "Rosebud" device from Orson Welles's Citizen Kane is ironically synonymous with the new film, Rosewater, as within the exposition its narrator says that he will never forget a specific scent from childhood which remains significant to his present dilemma. The film, shot in Jordan, is based on the memoir, Then They Came for Me: A Family's Story of Love, Captivity and Survival, by Iranian-Canadian Newsweek journalist, Maziar Bahari, who, in 2009, was beaten and detained for 118 days in solitary confinement at Evin Prison in Tehran, and then brutally interrogated under suspicion of being a spy. Jon Stewart's first film as writer/director is very impressive.

Early on, various technological visuals creatively depict our world today, including people walking through city streets as text messages, Facebook posts and Tweets literally pop out onto the screen and hover at every corner. Stewart, the "Daily Show" host (and comedian) is well aware of the power of social media and its influence in shaping politics and public opinion. This is what saves Bahari from being executed by Iranian officials, as international sanctions and pressure weigh in on former President Ahmadinejad's regime.

Throughout, Stewart allows us to enter the mindset of the incarcerated liberal journalist through striking cinematic visuals – and a powerful performance by Mexican actor, Gael García Bernal – that show Bahari having imaginary conversations with his deceased father, Akbar (Haluk Bilginer), who himself was executed by the Shah for being a communist. Bahari also shares ample screen time with his despondent but resilient mother, Moloojoon (played by the always superb Iranian actress, Shohreh Aghdashloo) and – through flashbacks – with his pregnant wife, Paola (Claire Foy). In this way, Stewart carefully balances the hypocrisy of corrupt governments and its harrowing effects on ordinary citizens. The film also symbolizes the current sociopolitical climate and its perceptions across global online communities.

Within the realm of international diplomacy, Stewart adds his brand of signature political humor. In one scene, Bahari's interrogator, Javadi (the electrifying Kim Bodnia), uses a satirical Daily Show episode as evidence to fabricate charges against him. An American news correspondent is dressed like a B-movie spy, and interviews Bahari about his spy activities against Iran. Bahari simply asks his captor, "Why would a spy have a TV show?" The same talk show host, named Jones, sparks controversy that mirrors Stewart's blend of humor and expression of freedom to offer comic relief from the bleak conditions and plight of suppression.

Bahari: Al Qaeda is also the number one enemy of Iran. Al Qaeda members say that if you kill an Iranian, you go to heaven and you get 72 virgins.

Jones: Well … they won't be virgins for too long, huh?