Recalling the Courage of the Refuseniks 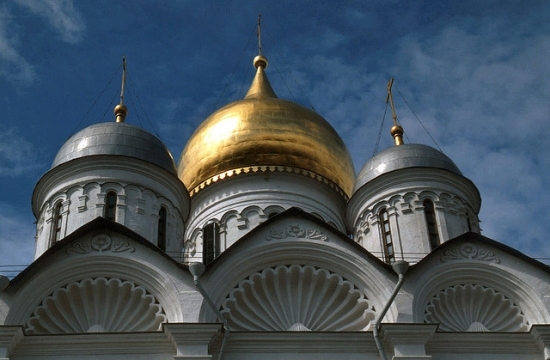 Story and Photos by Liz Trakeniski

The announcement of the recent death of Vladimir (Volodya) Prestin caused me to reach for my photo albums and recall my two trips to Moscow in 1980 and 1982. Both visits included numerous meetings with Volodya Prestin, campaigner and Hebrew teacher, and his family, including Pasha Abramovitch and many other Refuseniks. Each one had a remarkable story to tell and we visitors from the West could not help but be impressed by their bravery, passion for Israel and willingness for personal sacrifice in order to achieve their dreams. Did they in Moscow and throughout the former Soviet Union really understand how the Jewish communities around the world campaigned for the Refuseniks' freedom of movement, watched anxiously as many were sent into internal exile, lost their jobs, and were put on trial - all because of their desire to go to Israel? 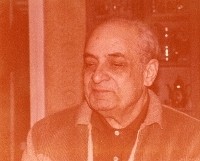 Prof Alexander Lerner and Leah Ackerman, both pictured in Russia in 1952

Was it so long ago that in March 1982 I visited Professor Alexander Lerner, a world -renowned scientist, in a small dark flat in Moscow's suburbs? Meeting in secret, he told of his efforts to apply for permission to leave the FSU and settle in Israel. His quiet manner, his modesty and warmth betrayed his strong, resolute desire and passion to reach the Weizmann Institute. An accomplished painter, he painted portraits from memory including one of Einstein. Indeed, several of his paintings are to be seen at the Weizmann Institute where, following his aliyah in 1988, he accepted a position in the mathematics department. He died in 2004, aged 90.

Leah Ackerman, a short, elderly lady with endless energy comes to mind when I struggle with a word in Hebrew. I recall being in her apartment where some eight or nine similarly aged friends were being taught Hebrew by her. However, I'm not sure if her pupils appreciated the fact that Leah's Hebrew itself barely reached "kita aleph" level! It was their desire to succeed in their aliyah and integrate in Israel that motivated the Refuseniks to study Hebrew which, according to Soviet authorities, was a criminal act.

An event that I felt privileged to attend occurred outside the Moscow synagogue on Shabbat. The Jews gathered outside the synagogue each Shabbat but never entered the building itself as it was full of KGB members. It was a strange ritual, with the two main players, Refuseniks and KGB, each knowing the moves of the other but continuing to play their ascribed roles. I was asked by one of the Refuseniks if I would like to talk to Ida Nudel, to which I replied: "But she's been sent to Siberia, in exile, for four years".

"No, she came back this week and is standing over there", he replied. And so I met one of the heroes of our time, Ida Nudel, a campaigner and demonstrator standing tall and proud despite being less than 1.6 meters high. Her warmth and spunk shot through me despite the minus 23 degrees temperature as we stood surrounded by fifty or so Refuseniks and listened to her plans to fight for the right to go to Israel. Ida Nudel arrived in Israel in October 1987.

All visits to the Soviet Union during these events were held against a backdrop of a menacing Soviet regime, restricted movement and access both for Refuseniks and visitors to the USSR, and punitive measures against those seeking basic human rights.

The efforts on behalf of Refuseniks were championed by many in the West from around 1967 till the early 80s. These campaigners used their contacts, energies, imagination and creativity to create a well-oiled machine for ensuring the welfare, education and even the economic survival of thousands of Refuseniks and their dreams. Most involved in these campaigns were volunteers committed to helping those they might never meet but whose lives were of vital importance to each and every one. The Refuseniks in turn taught us the value of holding onto a dream, our Zionism and our desire to live free in Israel, so it's not by chance that so many volunteers, myself included, made aliyah. 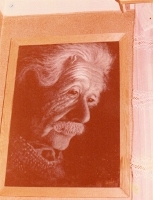 What I find surprising is that here in Israel, the story behind the aliyah from the FSU is not told or taught in schools. It is a missed opportunity for young Israelis to hear testimony and eye witness accounts of events from those who were involved in this historic and amazing period in modern Jewish times. We need to teach our children that heroes don't necessarily wear capes and fly from disaster to disaster; they are those who, in the face of adversity, stand together with the determination that one day their dream will be realized.