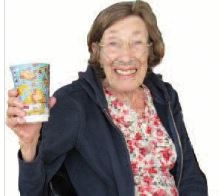 I am moved to write this obituary in memory of Rachel Max, since in addition to being my close personal friend, she was so well known in Rehovot and Ramat Gan where she previously lived, as well as in Modiin where she lived for the past two decades.

Although I only met Rachel when I moved to Modiin in 2006, the little I know is that she hailed from Indianapolis, came here as a teenager, left to go back to the US to study where she obtained her degree in Social Work, and returned in the 1980's after her own parents had made aliyah.

Rachel was also an advocate of and a qualified therapist in Somatic Experiencing, and an avid member of her choir. The only thing that prevented her from attending her weekly choir practice was if she was unwell.

Extremely knowledgeable, insightful, and a superb professional, Rachel was a gentle, caring soul, liked and loved by all who met her. She was particularly well known for her slight frame, and frequent walks with her dogs around the neighborhood. Always interested in a huge range of cultural events, she was a particular enthusiast for music, especially classical, dance and theater, and had myriad subscriptions to among others the Israel opera, Gil Shochat concerts and symphonies, the Israel Museum, Habima and more recently, a movie and lecture series at the Modiin cultural center.

Rachel loved the outdoors, and any chance she would get, she was out with her dogs traipsing around the country from North to South. It followed that she loved touring of any kind, and would sign up at a moment's notice for walking, driving or other organized tours, both local and abroad. Over the past several years, she took to cruising and enjoyed a variety of destinations across the Mediterranean.

When we decided to re-develop ESRA in Modiin in 2009, Rachel became a member and volunteered regularly in our bookshop and later became a member of the very active bookshop committee. Despite her frailty, she never declined any task and continued to attend meetings and do her part in schlepping books and manning sales.

Through all this, Rachel suffered from a debilitating lung condition called COPD (Chronic Obstructive Pulmonary Disease) which affected her breathing. Yet she persevered through every setback of this progressive disease for which there is no cure. She continued with all her subscriptions, travels and most of all, dining out with her friends. We met regularly for occasions and celebrations and inevitably, with a bottle of wine front and center, invariably a bottle of her favorite red, Cabernet Sauvignon.

On a recent cruise with her last October up to Venice, we celebrated her 80th birthday. She was thrilled with the huge birthday cake, of which she enjoyed a goodly number of portions, champagne chocolates and, of course, wine. A haircut gave her a new look, while a pedicure offered her a first-time experience. Even though by then she was already on oxygen 24/7, she whizzed around on her mobile scooter and even managed to tour the Doges Palace and Basilica in St. Mark's Square.

Rachel showed no signs of slowing down and in December 2018, she moved into her new apartment in Azrieli's Palace in Modiin. A short three weeks later, she complained of not feeling well, and was hospitalized due to severe breathing difficulties. We thought she would rally as she had so often in the past, yet this was not to be. Rachel passed away in the early hours of Shabbat, January 19, 2019. She will never be forgotten by those who knew her and loved her.