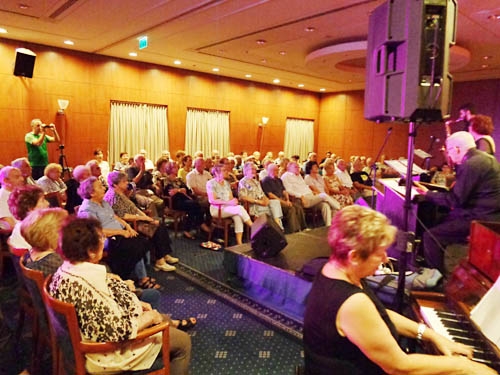 The PzazzBand, with singer Gilda Hami, has been graciously performing for ESRA in numerous branches this year, with their style of the great musical standards.

Says Harvey Benson, the band's leader, originally from Glasgow: "We decided 2018 would be a year of giving to ESRA which has provided entertainment for the English speaking community for almost forty years."

The charity concerts were held at ESRA branches in Karmiel, Netanya, Raanana, Rehovot, Modiin and Herzliya. "This series of concerts have been tremendously exciting musically, and helping ESRA raise funds for worthwhile causes countrywide has been its own reward," added Harvey.

Apart from Harvey on drums, the band also includes guitarist Roy Rich from Manchester, England. The keyboardist is Evelyn Tamari, who's originally from Detroit and on Contrabass is Tal Kahun, a very talented Tel Aviv musician.

Harvey stressed that Gilda Hami is "quite a singer," referring to her as 'the Billie Holiday of Israel'. "Combining the vocal talents of Gilda along with the musical abilities of the Pzazzband is a marriage made in musical heaven," he added.

Thank you PzazzBand from ESRA, with all our heart. 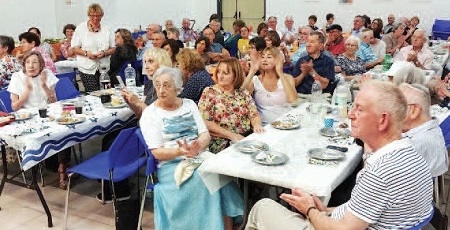