Out of The Darkness 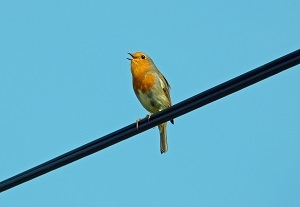 Out of the darkness

(Based on a true story)

Slowly he woke up and opened his eyes.

On all sides he was surrounded by an impenetrable darkness; he was poised in this endless black void like a lost and dying star.

Where am I? he thought.

Once more his eyes closed, then deliberately he forced them open. No, nothing had changed. Only this deep and endless blackness. He felt as if his body was wrapped and stifled in a darkness with no beginning or end.

Vaguely he started to remember: there was something – something had happened to him. But what?

Now he tried to move – a hand, a finger, anything; his body did not respond. A feeling of utter helplessness swept over him.

Was he floating – or was he lying on something?

Near him he heard a faint sound, and realized he was not alone – there was someone else in this darkness.

Somebody groaned in his sleep.

Gradually he became aware of more sounds: a soft breathing, someone sighing.

And then, out of the darkness, a light emerged – a tiny pinpoint of blue light.

Of course! As a doctor he recognized it immediately – the night nurse. And recollection swept over him like a giant wave crashing over a helpless swimmer.

His colleague who would perform the operation saying: "It's a fifty-fifty chance, but you don't really have a choice, you must have the operation."

"So the great doctor got cut up," he thought wryly!

He began to remember: lying on the bed, being wheeled down a long passage and into the operating room. The masked doctors and nurses around the table, waiting for him. The faint sensation of a needle pricking his arm, and then oblivion – until now.

Had it been successful, he wondered? Could this be ... how a dying patient feels?

An involuntary shudder shook his body. He began to think of his family: wife – children – grandchildren – would he see them again?

All his life, even in the most severe situations, he had kept a positive outlook; now an unbearable feeling of despair began to fill his mind.

No! This must not happen! He would not let it!

He forced himself to breathe slowly and deeply. Deliberately he erased everything he had felt and the dark thoughts this had led to. Using all his power, he forced himself to concentrate on the moment – this very moment. Carefully, deliberately, he listened to the quiet sounds around him.

From somewhere outside the window he heard the faint, sleepy chirp of a bird.

'What is it, little bird – are you dreaming about the cat?' he thought; and he smiled.

It was then that he knew everything was going to be all right.