Lifting Artists from Darkness to Light

For those who suffer from severe emotional disabilities, achieving a truly fulfilling personal and professional life is often a pipe dream: the forbidding gulf between darkness and light feels just too wide to cross.

Yet, it is possible, and The Garage in South Tel Aviv is one of the rare examples.

ESRA Magazine first wrote about The Garage at its inception in 2015. It opened as a pre-academic program for mental health patients with artistic talent, seeking to help them channel that talent into academic and professional success.

Relying on a staff of professional artists, The Garage has graduated all of its 250 students to date into leading art schools, and all of them are embarking into professional careers. Meanwhile, the program is slated to relocate to a larger, better equipped and fully renovated facility next year.

We caught up with The Garage founder and CEO Dalit Sharon and her partner in the program, Ilana Baer, in conjunction with a recent fundraising exhibition, "The Plate Project", to continue our chronicle of their story.

The event, which featured artwork of both students and professional artists that was printed on plates, was held on September 2 at the Nassima Landau Art Space in Ahad Haam Street, Tel Aviv.

All 500 plates – 50 plates of each design – were sold, making the event a resounding success. 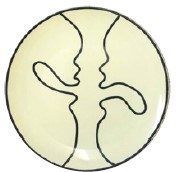 Says one of the student exhibitors:

"I came from a place of utter darkness and despair, and The Garage saved me. Taking part in the project allowed me to give back. I can help others get to know and learn about the amazing place this is. It is an absolute win."

The Plate Project proceeds, all of which go directly to The Garage, will be used for the program's new and permanent campus in the old British Post Office building in South Tel Aviv. The building, earmarked for the campus by the Tel Aviv Jaffa Municipality, is now undergoing a NIS 4.5 million "Stage 1" renovation. Fundraising is continuing for a NIS 2 million Stage 2.

Still, The Garage will remain focused on quality and impact rather than size.

"Every year, we accept only 50 students out of about 250 applicants," explains Dalit Sharon, the CEO. "We don't want to be big in numbers, we want to be big in the idea of The Garage -- that people with difficulties can live a fulfilling life."

The school includes four divisions: fine arts, writing and media, music and movement/performance. It is supported by Bituach Leumi and the Ministry of Health, supplemented by private donations.

"Our success is due to the fact that we support the students even after they graduate," she continues. "We believe in long-term relationships. We want them to know that they will succeed in leading meaningful lives in terms of social life, employment and careers."

She hastens to explain that The Garage is not art therapy. Rather, it is a program that encourages students to understand that emotional difficulties do not necessarily limit their potential for success – that they can channel their emotions into art, or even into careers that are not centered on art.

A few examples of students who have graduated both The Garage and advanced art programs: one became an architect, one founded a tech start-up, one opened a storefront and online plant shop, one became a social worker, and one is a decorator in a ceramics shop.

"The Garage has become a big family now," Dalit concludes. Noting that as years progress and more students are ready for professional careers, she says that The Garage is now looking for volunteers to serve as professional and career mentors. 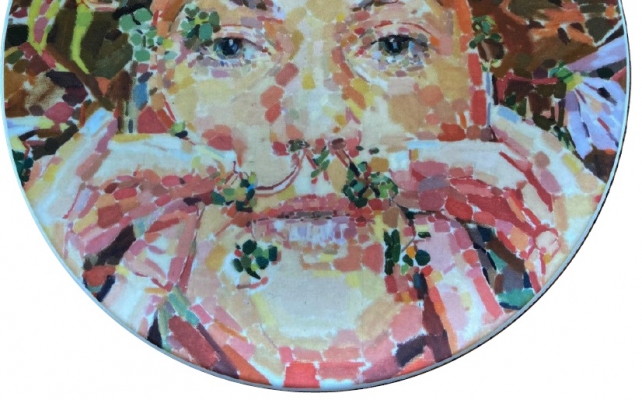 For more information contact Dalit Sharon, Founder and CEO at 052 834 8839, This email address is being protected from spambots. You need JavaScript enabled to view it.: www.hagarageart.org