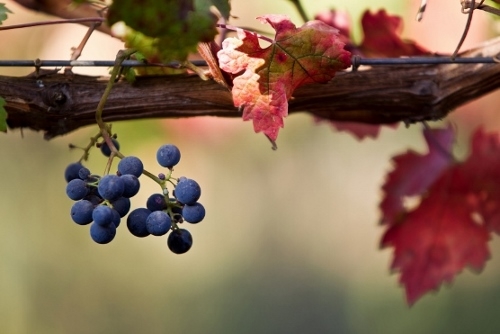 Zichron Yaacov, "Israel's wine village" was founded during the first wave of aliyah in the 1880's and many of those same families have their descendants still working the land. The downtown has a few wineries, tasting rooms, wine bars and restaurants centered around a cobblestone pedestrian friendly boardwalk with early Zionism tourist attractions nearby.

Carmel is Israel's largest winery and was until recently entirely owned by a collective of growers. Three prime ministers have worked there before they entered politics (Ben-Gurion, Eshkol and Olmert) and it was one of the first buildings in then Palestine with electricity and a telephone line. Cellars are an intriguing step back in time while tasting any of their dozens of aptly priced value wines.

Spectacular breakfast and lunch menu at the winery in Binyamina, chocolate and wine tasting, a craft bakery and pastry school, BBQ on Fridays and someone from the family is always on site to oversee the winemaking and the center's hospitality. Zichron café mirrors the center menu but is open for dinner and wine tasting until late at night.

These two wineries are about a block away from each other. Somek has a new visitor center in their house built with money from their recent sale of their shares in the Carmel Winery though they still grow 90% of their grapes for Carmel. Smadar is smaller and only sells their wine on site but also features a four-room boutique lodge with a heated pool. Both wineries make enticing wines but Old Vine Carignan is noteworthy star of the region and both family trees date back to the first Eastern Europeans grape growers in the region.

A short ride from Zichron, set back in serene locale where the surrounding cliffs add to the tranquility. Nearby olive oil boutique helps draw visitors but their eye catching Tuscan style villa/winery is the only Israeli venture under the guidance of world famous winemaker Michel Rolland. Their Makura and Velour series are extra special with Makura wines all getting rave reviews.

One of the most rare range of varietals for any boutique wineries. "ABC," Anything but Chardonnay or even Cabernet, Merlot of Shiraz. Rarities like Pinot Noir, Petite Sirah, Cabernet Franc, Old Vine Carignan, White Riesling and Grenache Blanc were often first or early championed here before finding favor and followers at other wineries. Family recently moved the winery from their home to a larger center.

Small center is a short walk off route 4 and offers four series of wines offering stars at a wide range of prices and grapes. Cabernet, Merlot and Shiraz star alongside rarer Cabernet Franc and Marselan for reds and a Roussanne and Marsanne blend leads their whites though their Chardonnay and Sauvingnon Blanc are also cherished.

■Honorable Mentions: Only open by appointment or special occasions Margalit, Bar Maor, Alona. Most of the smaller wineries in this region aren't kosher.

Coming from Jerusalem many wineries are close to Route 60 or Route 5 coming from Tel Aviv. It is one of the best Merlot regions of Israel though other grapes thrive.

State of the art visitor center with not only world-class wines but a film talking about the history of the region. It's the first stop north heading up the Biblical Wine Trail from Jerusalem on Route 60. Cabernet Sauvingon is exceptional.

The only center in the region that has an adjoining restaurant (the others might bring in meals or serve cheese), they enjoy playing host and I've enjoyed their grilled meats and local fare. Petite Sirah is recent stand out and good match for their meat menu.

Dr. Shvi Drori, the winemaker, is also a leading researcher exploring the original grape varietals of Israel. Gvaot's modest facility is in its hilltop vineyards providing a generous panoramic view with ancient presses on their grounds. Exceptional single varietal wines and unique blends.

The Rosenbergs tend vineyards up to 900 meters delivering exceptional grapes. Their three meals a day café is one of the few restaurants in the area. White wines are the stars though the reds like Cab Franc and Pinot Noir have lots of savvy fans.

The highest concentration of vineyards and wineries are located here and the quality is generally superb from vineyards about 200 to 750 meters above sea level and limestone, AKA "Jerusalem stone," that mimics the soil of Burgundy.

Moving this year to new digs to be even more hospitable and to modernize production, Israel's first internationally acclaimed boutique is a flagship for the region and the country with its two Bordeaux red blends and Chardonnay as its stars. Eli Ben Zaken and his son Ariel make wine exported to dozens of countries and are great ambassadors for Israeli wine.

This Tuscan inspired villa is on the slopes of the Judean Hills. President Obama was served their wine to his pleasure on his last visit to Israel. Noble is their red Bordeaux superstar but all of their three tiers of wines are all stars. Their one white is an interesting Chardonnay/Sauvignon Blanc blend.

Winemaker Eran Pick is a wine savant yet he still gets advice from the former winemaker of Petrus, the world's most praised Bordeaux winery. That modesty results in wines everyone else boasts about and he is the greatest champion of local terroir following his passed mentor Ronnie James.

Two restaurants (one dairy and one meat), a recently expanded center, a chocolate and ice cream workshop nearby, a spectacular view and let us not forget, Paul Dubb makes very good value for money wines. One of my favorite fruit forward Chardonnays.

It's easy to miss the signs for this winery but you would be missing out on one of the favorite setting to taste vino. Two winemaking professors contribute to a range of boutique wines that are a benchmark for what local boutique wineries can accomplish. Their new Landmark series gives them two flagship wines that they deserve, yet at better prices than comparable offerings.

Their new visitor center is located in the heart of the Israel's biggest vineyard, 7,000 dunams or 1,750 acres. The center also features a 50-person theater that can fit a bus load of tourists and a barrel room behind a multi-story glass wall. Their Altitude series typically has at least one star Cabernet Sauvignon each vintage.

Leader in championing Chenin Blanc and Petite Sirah for quality wines, this ex-film maker names his wines after favorite inspirations like Lennon and Hemingway. He takes risks and often they pay off with jaw-dropping wines.

NEGEV AND THE SOUTH

Israel's south is its most undeveloped region in so many ways and has the most potential for expansion. Wine is challenging at lower elevations but some exceptional vineyards exist at higher altitudes like in Sde Boker and Mitzpe Rimon. 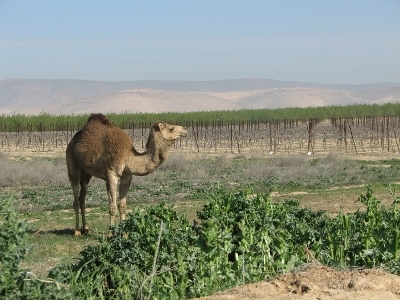 Smaller sister winery of Carmel, Yatir is fairly autonomous in its winemaking. Eran Goldwasser is one of the most consistently impressive winemakers in the country and their Yatir Forest wine is one of Israel's most sought after red Bordeaux blends and its value soars soon after the winery sells out almost immediately after release. Don't be surprised seeing a camel in their vineyards. They seem to enjoy wine grapes, too. The Midbar winery (K) is also worthy stop nearby.

The former Kadesh Barnea winery changed their name when they started sourcing grapes from all over the Negev and hoped to serve as a collective for local growers. They tend to have wines that stand out each vintage including special single vineyard wines.

*(K) certified kosher wineries whose centers are unlikely to be open during the Sabbath or on holidays.