Getting well, with our ‘complements’ 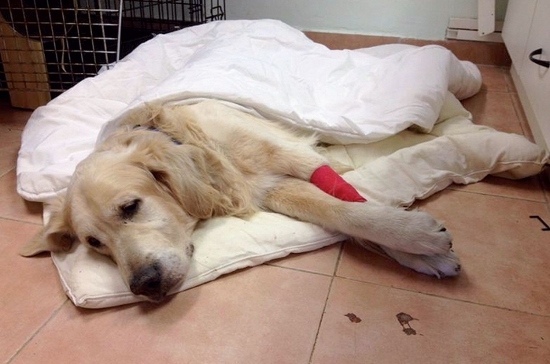 Mishka before the start of the treatment.

The patient waited excitedly for Shiri to set up and remove from her canvas bag a selection of homeopathic drops and some14 acupuncture needles. With soothing words Shiri proceeded to provide treatment, adding a little ultrasound, words of encouragement and great patience.

Mishka is being treated for a variety of symptoms including repeated ear infections, skin problems and anxiety, all caused by allergies. In addition he has rheumatoid arthritis. Numerous conventional treatments have only partially succeeded in offering temporary relief for these conditions, so a chance meeting with Shiri, through friends, opened the way toward an alternative line of treatment.

I write this three months after we started the treatment. The skin problems have gone, appetite has been restored and weight gained, the ear infection is improving and his general state of health is vastly improved, as is evident when he runs, for the first time seemingly pain free.

Did I mention that Mishka is a nine year old golden retriever? Those of you who know me may be surprised that a skeptic like me would go down this avenue. Hey, what did we have to lose?

Mishka has actively cooperated with Shiri. It's as if he appreciates the studies she completed at Wingate in complementary treatments for pets and animals. As one of some 20 therapists currently working in Israel, she specializes in treating dogs and horses. This field is fairly well developed in Europe and is gaining credibility and popularity here in Israel.

In a previous article regarding the recovery of Archie, a Shnauzer, from kidney failure, following a series of Reike treatments, I wondered at the way in which an animal responded to something I couldn't explain myself. However, who needs to understand when something works? 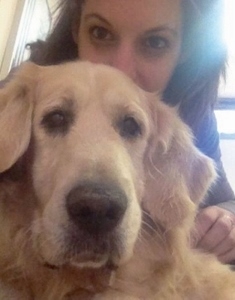 Fellow pet owners, keep an open mind and take the lead from our pets (no pun intended). If traditional treatments are less effective than you hoped for, then add to them, not necessarily replace them, with alternative therapies. Animals' intuition should be trusted. Mishka may not verbalize his thoughts but his tail-wagging, visible excitement and improved condition are enough to convince me.