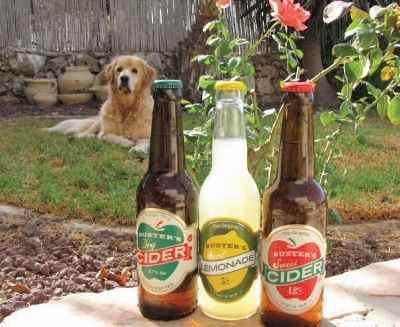 Everyone seemingly moves to Israel with a dream. Coming from owning a bed and breakfast in Tennessee, amiable California native Denny Neilson has been riding the wave of his dream on the surge of craft wine making and brewing since he immigrated to Israel over a decade ago in 2003. His winemaker shop, attached to his home in Mevasseret Zion on the outskirts of Jerusalem, has been selling equipment for home wine making, beer making and distillation to hundreds of hobbyists and other dreamers who may want to brew or ferment a libation for themselves, their friends and family, and for a few who even had the gumption and wherewithal to go commercial.

Denny doesn't only supply the necessary equipment, but has also been providing the know-how with classes in each area, so that potential winemakers and brewers can get started with their own home concoction after a few nights of instruction. Classes are separate since there are distinct differences in equipment, approaches and skill sets when brewing beer, fermenting wine and distilling liquors like gin, rum or brandy.

Denny has made and continues to make his own beers through his Isra-Ale company. But he has relinquished making large quantities of beer due to the dozens of craft breweries that have sprouted up in the last several years. With over 120 local craft beer labels, Denny was reluctant to throw his hat into that ring as a commercial venture for it seemed to him there wasn't too much to offer in the way of anything new. He was observing too many boutique beers not moving rapidly off the shelves to warrant an investment in an already crowded industry where the margins are notoriously slim.

So, just a couple of years ago Denny, his wife Pam and their three adult children (Matt, Sarah and Emily) started focusing on making hard apple cider. Hard cider is an American term to distinguish between apple cider that is fermented (typically 4% to 12% alcohol) and cider that is not (soft cider). Elsewhere, just the word "cider" is enough to invoke, in apple producing regions around the globe, a lightly alcoholic beverage that through the ages has often rivaled wine and beer in popularity.

Under the name "Buster's Ciders" (named after their beloved Golden Retriever), demand for Neilson's fresh, fruity and fizzy golden apple flavor soon required that they move from being a home-operated enterprise to becoming a commercial one. In July 2013, they opened up a new professional facility in Beit Shemesh, sharing a common wall with the wildly popular artisanal Shapiro Brewery. The timing seemed ideal, with an explosive surge of hard cider sales internationally, and Buster's was one of the first craft cider houses focusing on making alcoholic apple cider in Israel.

As hard cider sales have tripled in the United States over the last three years with an average of 100% growth each year, some large American breweries and successful craft brewers have taken note and launched their own ciders. In Israel, the market has remained much smaller to date with only a few local producers, but as sales continue to climb, it's been encouraging for the few who've pressed their luck and apples so far. Side Effect is the largest producer and is marketed by the Golan Heights Winery. Like Buster's, it offers a dryer more alcoholic 6% and a sweeter 4% version from their El Rom orchards in the Golan.

While the Tura Winery tried their hands in cider making and were pleased with the outcome, they're leaving it behind to focus on their wines as new vineyards with white grapes have come online to quench the thirst of imbibers. The Boutique HaGalil Winery, known mostly for their pomegranate wines, has also been marketing cider. Locally, no one else has seemingly emerged so there is much more room for competition in cider making, even if demand does not yet match that of beers or wine.

One marketing advantage cider has over beer is that it is a gluten-free alternative with a comparable amount of alcohol. In Israel, cider makers are also choosing wisely to use wine-making yeast over brewer's yeast and have been able to attain kosher for Passover certification.

Along the lines of providing another fruit-driven Passover friendly low alcohol gluten free alternative to beer, the Neilsons also launched Buster's Hard Lemonade in June 2014, and an already established Israeli affection for "soft" lemonade and its ease of drinkability has made it a favorite of wine and beer festivals and farmers' markets. First conceived by Denny, as a way to make use of leftover lemons as he instructed his son, Matt, on making homemade limoncello, hard lemonade production (7,000 liters/month) and demand is already outpacing growth in cider production (5,000 liters/month) and in just a few months has accounted for more than half of their business. 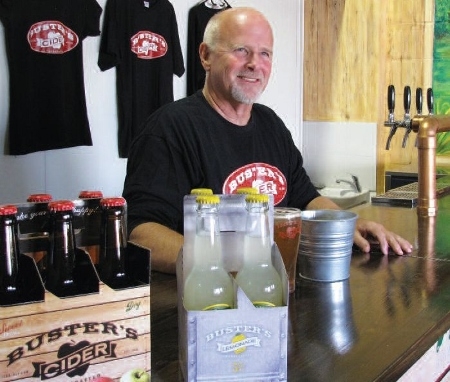 As local production and, more importantly, demand for ciders has been catching on, imports of more international ciders are becoming apparent. Strongbow, the world's largest producer from the UK (accounting for about 15% of the world market) can now be found on Israeli shelves, and some apple and pear ciders from France, often in wine-sized 750 ml. bottles, are now common in better wine and cheese shops.

With their production so far limited to one-third liter bottles similar to those of beer, Buster's will soon be coming out with 750 ml bottles and they also offer 20 liter mini-kegs for events or for bars and restaurants to help meet the demand for alternative packaging. They hope to have other versions and flavors of their hard cider and lemonade out soon and a whole new series of libations in 2016.

As for the possible competition from large imported brands, Denny isn't worried. He's focusing on making an artisanal product that will have enough character to distinguish it from a that of a commercial producer, and will be happy if imports like Strongbow help introduce Israeli consumers to the joys of enjoying an ice cold mug of hard cider. American, British, Irish, Canadian, South African, Australian and even French immigrants who enjoyed ciders in their native countries might help drive cider sales in their new home - Israel - and that will only make Denny Neilson's ever-present smile shine brighter and wider.