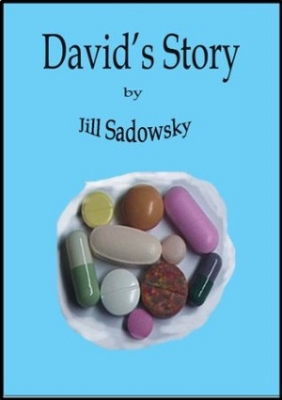 Jill Sadowsky has written a moving and informative book describing the inexorable decline caused by schizophrenia, and the feelings of shock, grief, fear, guilt, bewilderment and despair suffered by family members as they try to find a cure or a respite, and ultimately a way to live with the disorder.

She has other aims too. As she puts it, in this book she is "fighting to restore the dignity of psychiatric patients" in the face of unhelpful professionals and the public stigma that often results in shame and denial.

Schizophrenia is a complex mental disorder. Those who suffer from it find it difficult to tell the difference between real and unreal experiences, think logically, experience normal emotional responses and behave normally in social situations. It frequently manifests itself in hallucinations, paranoia and bizarre delusions. Typically, the symptoms start in young adulthood. It is not known what exactly causes schizophrenia or what can cure it, although there are drugs that sometimes ameliorate it.

In David's case (a pseudonym), the disease appeared to have been triggered when this seemingly normal young man was drafted into the IDF and sent on an officer's training course which appeared in some way to be traumatic. Back home, he became listless and apathetic, increasingly suspicious of his parents, and paranoid. "It was as if an unseen force had taken over," writes his mother. "We thought our love would turn this thing around but love was not the answer."

Neither was psychiatric help. On the contrary, David was seen by a succession of psychologists, psychiatrists and therapists who were mostly, to put it mildly, unhelpful. Some were distant and judgmental and even implied that the family was to blame. Sadowsky is bitter about some of the professionals who treated him: "Psychiatrists," she writes, "have their hearts removed when they qualify, just in case those complicated organs interfere with their careers later on." (It should be noted though, that more has become known about the disease in the years since David died, and presumably psychiatrists show more empathy to families and certainly no longer blame them.)

She urges medical professionals to be clearer about medications and their side effects, to be more available to calls for help and to be more proactive in explaining to the public that this is a disease and not a disgrace.

For years David was admitted and then released from various hospital facilities, and administered a variety of drugs that gave little long-term help and had unpleasant side effects. When he was at home, the family, including his two sisters, lived in dread of his psychotic episodes. For example, during one Shabbat dinner, he insisted that there was a microphone under the platter of chicken and hurled the platter into the sink.

But when he was living away from home there was equal dread. On several occasions he was picked up by police for acts of violence.

At age 34 he committed suicide by jumping from the eighth floor of a building.

This story is harrowing, but it is also inspiring to those who are facing terrible situations with as much courage as they can muster. How did this family do it? According to Jill Sadowsky, comfort and therapy were found in the ENOSH support group, in each other, and in the determination to take one day at a time and to try to find some enjoyment, however small, in daily life.

She serves as an example to all of us.