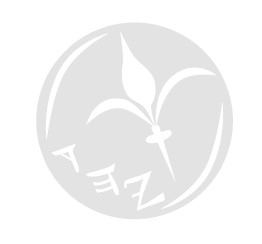 I would like to thank the number of people who approached me saying they missed my column.

Maccabi had to return money to me. I had bought an instrument that would help me hear TV better. Their participation in the purchase was NIS 1,361. When I inquired about how I would receive this sum, I found out that they would reimburse me against deduction of our monthly payments to them. The problem was that no notification or explanation of this method had been advised to me. I presume this is because our monthly payments to Maccabi are debited directly to my bank account. Which means, in any case I might not have been aware for some time of the "lack" of a debit to my account!

I have been taking, for quite some time now, a particular medicine recommended by my neurologist for lack of feeling in my feet, which unfortunately is not on my Health Fund's list of medicines in which they participate towards the cost.Also, finding it unavailable where I had purchased it last time at quite a large discount, I approached the supplier for information. Apart from the price, I also found out a more important piece of information. At my local pharmacy where I started my current search, I had asked what else other than neuropathy these tablets are good for and was surprised to be told they are NOT for neuropathy. I was given verbally a long list of usages, none of which covered the problem that was the reason the doctor recommended it. When I asked the supplier the same question, the first usage he told me about was for neuropathy, which was the reason the neurologist had advised me to take these pills!

So beware and always check as much as possible.

It is a long time since anyone knocked at my front door begging. I was taken aback to see a young man limping, wearing a mask, with his hand out and mumbling to the effect that he had come from Rehovot and was in need. I did not want to talk to him and went to get my mask and look for my purse to give him a small sum of money.

Unfortunately, in today's world of credit cards and bank transfers etc.,not a lot of cash money seems to enter my purse. And lo and behold, apart from 10 agorot coins all I had was a 5 and a 10 shekel coin. These, as far as I understood him to say, were not exactly what he had expected. He left and I went to wash my hands, even though I had not come physically in contact with him. Afterwards, upon thinking about this incident, I realized that it is a long time since anyone knocked at my door begging and I think I now know why.