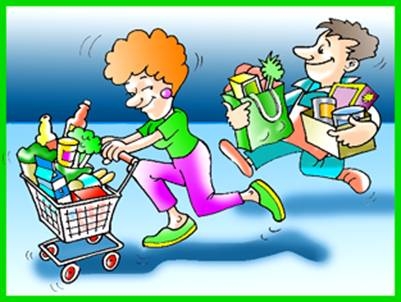 I wasn't hip – but neither was I a geriatric!

Some years ago after a hip replacement operation I was sent to a rehabilitation center for a few weeks to help me recover.

After being there a few days I approached the secretary of the unit and asked how come there were no young people there and whether they never break a bone or undergo similar operations, and to my complete surprise I was advised that I was in a Geriatrics Rehabilitation Center

– I was then only 68! I recently found out that till this very day males and females aged 65 and over are considered to be geriatric patients (in our medical terminology).

I have been approached lately by several companies offering insurance on my electrical goods at home. If you are interested, I suggest you prepare a list of all your electrical items at home, including the age of each item.

Make sure that you have given the insurance company a list of all these items. Further check carefully what you are being offered - such as an overall sum per year and whether this covers all the items on your list, or whether you are being offered a sum per item. I mention per year, because one company that approached me quoted a sum per month per item and when I multiplied this by 12 it became a substantial amount. In addition to this, there can also be a low sum per home repair visit which is usually valid for a few months in case of renewal of a problem. Further check which aspects of the item are covered and which are not, and if there is any limit on the age of any aspect of the item. This is information that is not always offered to you. My best example is my very small dishwasher which is 25 years old. I am no longer covered for the motor but I am covered for anything else that is electrical in it.

When it's worth remembering prices

If you can remember/record phone numbers, then it is worthwhile remembering prices too. One good example of different prices for the same item that I found during August 2016 was for Dr. Fischer's Body Cream Effective Care - 700 grams. At the Free Shop in Herzliya it was priced at NIS26.90. One week later, at New-Pharm, also in Herzliya, it was offered as a "special" - 3 for NIS49. Ten days later, at Super-Pharm in Herzliya, with no particular discount, the price was NIS40.90 each. The first I had already bought and was using, and of course I also took the New-Pharm offer. They packed each one very nicely as gifts.

Before starting on a recipe, I count the number of ingredients

I have a comment to make about some of the recipes given in the adverts and brochures we receive on the holidays and some of those in The Jerusalem Post. As the majority of us are not professional cooks, I wonder how many people have all the 12, 13, 15 and sometimes many more ingredients listed before starting the preparations. Furthermore, all these items have to be taken out and returned again to our cupboards. I usually count the number of different ingredients first, and then decide whether to use the recipe.

17 years on, cloves still good to use!

A month after our first grandson was born we held the 'Redeeming the Firstborn Son' celebration. Amongst the items I had to supply were cloves. It took me some time to find a small 50-gram box of this spice. This grandson will shortly be celebrating his 17th birthday and it is still this same box of clove spice that I use when cooking with my sweet apple and other dishes. By the way, there is no expiry date on this box!

HERE'S A 'BRITE' IDEA ON HOW TO GET RID OF GERMS

A HINT I picked up from the Hebrew morning program on Arutz 10: One of the items in our kitchen that carries the most germs is the Scotch-Brite. Apparently the rough fibers that help in the cleaning process carry hundreds of thousands of germs.If you look closely you can often see minor shreds of foodstuff clinging to it. It is recommended to put it in the dishwasher from time to time.