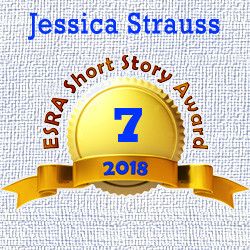 Friday is a special day, regardless, but when I know Uri's coming back, just like knowing Josh was coming back before him, it's more special: I prepare the foods he likes, bearing in mind that his diet in the army is far from healthy. I make orange juice with fruit from our tree, fruit salad with strawberries freshly picked from the Ramat Hasharon fields, salads with fresh vegetables, and non-oily, low fat foods. I change the linens on his bed, so he can come home, wash the army off of his skin and out of his hair, and smell fresh, sun-dried linens when he lies down in the peace and quiet of his own room. He's been in relative filth all week, in a tent with another seven soldiers, surrounded by a smell that gradually becomes fainter as the weekend wears on. Making sure that the rest of the family's laundry has all been done, the machine is "free" for at least three loads of uniforms, socks, underclothes, and towels.

Aside from dirty uniforms, he brings with him stories of the week, mostly amusing from the vantage point of retrospect. There are friends, phone calls, lots of activity, as his fellow soldier friends call each other to see who's home, who's still on the base, who's available for a Friday night get-together.

Despite their ages, in the wee hours of Saturday morning when they have all finally returned from their night out, I still find myself going from doorway to doorway, glancing at each one in his own bed, and pausing for a few minutes longer in Uri's doorway. When Josh was in the army, it was his doorway I paused in front of. I fill up seeing him sleeping there, and am so happy for yet another weekend, safe and sound ... wondering what scenes he sees in his dreams, if he sleeps more lightly now that the army schedule demands his alertness at unusual hours of the night. During the week, should it rain, my first thought is "Where is Uri now? Is he out in this weather? Is his unit trekking through mud? Standing guard duty? On some assignment?"

Knowing he's in the North makes me listen to the weather reports more attentively, not just concentrating on the Tel Aviv area. Not to mention the attentiveness with which I listen to anynewscast ... an action in the North? Which units were involved? Paratroopers, not Uri, but Ronen and Didi and Ori are in paratroops ... did Uri mention that they were in the North?

No matter how many weekends he does come home, and this year it's been a lot, I always look forward to his arrival, dread his departure, and feel let down if he doesn't come home. That's just how it's been ever since Josh went into the army ... five and a half years of my mood on weekends being dependent on whether or not the soldier returns.

In order to have more time with him, every Sunday morning I take it upon myself to drive him to Beit Lid, about half an hour's drive north from our house, where soldiers gather to be picked up by buses that take them to their various bases. Most get there by hitch-hiking, the most popular way then for soldiers to get around. Uri protests my driving him all the way to Beit Lid ... "Why bother? I'll hitch, no problem." Because of rush hour traffic, it takes me at least an hour to get back, but I never regret having driven him there, because it's convenient for him and more selfishly, because it gives me half an hour of private time with him. Well, not entirely private, as we usually pick up hitching soldiers en route. Something tells me that if I pick up soldiers, someone will in turn pick up mine.

Beit Lid is crowded: soldiers with green, maroon, khaki colored, and black berets, each identifying its wearer as a paratrooper, an artillery soldier, an armored corps soldier. All the young soldiers look clean, rested, wearing freshly ironed uniforms, and are even jovial after a weekend at home.

We usually arrive a few minutes early. I pull up, pop the trunk. Uri walks around to the back, gets his bag packed full with freshly laundered uniforms, a clean towel, and home-baked goodies for him and his friends; he leans over the driver's side and kisses me goodbye. I always mutter the same thing: "Bye-bye Urileh, be careful, see you next weekend, love you" ... the words hiding the feeling in the pit of my stomach as I watch him sling the bag over his shoulder, straighten his gun strap so the rifle is slung more on his back, and go to the kiosk, which is swarming with other Uris who are buying chocolate milk, a roll and a newspaper. Then I make my illegal U-turn and head back into the heavy traffic going towards Tel Aviv, glancing in the rear-view mirror hoping to catch sight of Uri unaware of his being seen. He's already out of the kiosk, laughing with someone with the same color beret.

January 19, 1995 was different. Uri called and said he would not be coming back that weekend because he had been confined to base. In the middle of the night he had been doing guard duty at his base. He was with another soldier who had been in the army a year less than he, so 19-year-old Uri was the senior person on duty at the time. They had some communications instrument, a radio of sorts, that Uri was in charge of. Sometime during their guard duty, they heard a dog crying, yelping actually. It persisted, and Uri surmised that he must have been caught in the barbed wire fence. When the crying became unbearable, Uri told the other soldier that he was going to free the dog, that he'd be right back. In the three to four minutes that Uri "abandoned his post", one of the officers had tried calling on their radio. The younger soldier had no idea how to operate it, and couldn't receive the call. The senior officer had no choice but to take action, lest a precedent be set for overlooking the leaving of one's post, no matter what the reason. The least severe punishment was to tell Uri he was grounded, confined to the base, for the weekend.

When he called to relate this story to me, he seemed to be taking the whole thing very matter-of-factly. He didn't seem to mind at all not coming home that weekend ... it isn't that uncommon for a soldier to stay on the base on Shabbat ... and apparently some of his friends were staying, too. He said he was not sorry that he had helped free the dog, and that he was more than willing to pay the price.

My reaction was different – surely you can't punish someone for rescuing a helpless animal. It wasn't as if he had abandoned his post – there was another soldier there, after all. As usual in such situations, I gathered my strength from Uri – his mature reaction, his acceptance, his ability to deal with the situation, all served to check my own irritation. But nothing could curb my disappointment at his having to remain on the base. Out on my Friday errands, I saw soldiers from the neighborhood returning home – heavy bags slung over their shoulders, rumpled uniforms, dusty shoes, and I further lamented our Uri-less weekend. I briefly envisioned them walking into their houses, their mothers giving them a big hug, so happy to be home.

Back home, the phone calls from his friends began: to each I told the story of Uri's confinement to base. Koby laughed and said it was too bad because there was a party at Gili's that night. Ori called and said that he was calling from his base, because he, too, had to stay that Shabbat.

That Sunday, instead of driving Uri to Beit Lid, I busied myself with work. Again I saw soldiers from the neighborhood along the roads, this time hitching back to their bases – bags slung over shoulders, uniforms no longer rumpled, but crisply ironed, and shiny, freshly polished shoes.

At 9am a news bulletin announced a terrorist explosion at Beit Lid. Twenty-two soldiers dead and scores more wounded. Loudspeakers went on at the high school; people all tuned into the news; parents frantically began calling bases to see if their sons had gotten safely back. The news coverage was grizzly: cameras filmed the wreckage, ambulances, the burial society with gloves and plastic bags picking up body parts; witnesses and wounded giving testimony to what they had seen, shock, pain. One bomb had gone off, and as people ran to help the wounded, another exploded – a well-planned, well-executed surprise attack, smack in the middle of the country.

I knew that Uri was safe on his base, but I had an overwhelming need to hear his voice, so I called ... and called ... and called till I finally got him on the line. He told me that all the parents had, like me, called just to "make sure". He was worried because his friend Yoav's base is right near Beit Lid, and he knows so many of the soldiers that congregate there on Sunday morning, one of whom, Amir, was quite seriously wounded. Specific information was hard to come by, and he was very anxious.

It was only after the horror and shock began to sink in that I began to shake, realizing how close Uri had come to being there. At that time, I didn't dwell on this point, possibly because I was so overwhelmed by sadness and sorrow for this horrendous slaughter. I simply cried for the boys, their families, and for the wounded, and for the constant fear and dread of something happening to Uri or to someone I know, or to someone Uri knows. Silly as it sounds, I just prayed that I wouldn't know any of the dead. Please don't let any of them be from my town, please don't let any of them be my sons' friends, and please don't let Uri know any of them ... still deluding myself that I can protect a 19-year-old soldier from grief.

But on that particular Sunday, by chance, by luck, by fate, Uri was not there.