Back to Basics - Bridge 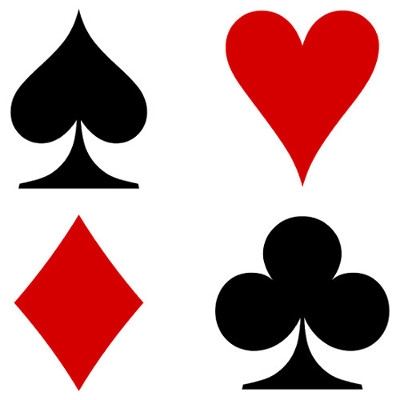 In my last few articles in ESRAmagazine I dealt with some of the more esoteric aspects of declarer play like end-plays and squeezes, so feel it's time to get back to basics. Most hands one encounters at the bridge table do not require any particular expertise. However, no matter how mundane the deal appears to be, all require at least a modicum of analysis and planning.

I have included two deals below which are taken from my repertoire of tutorials. In both you are asked to plan your play so as to give yourself the greatest chance of fulfilling the designated contract. I don't want you to have to look under every rock for spiders so you can assume that neither defender has a singleton or void in any suit. A word of caution, though: When you are missing 6 cards in a suit, the chance of a 4-2 break is more likely than a 3-3 split in the ratio of 3:2.

Deal 1: As dealer in the South seat, you pass. West opens the bidding with 1C which your partner doubles and then raises your IH response to game. The ♠A is led.

The opponents rattle off 3 spade tricks and you win the club continuation in your hand with the ♣​A. You cannot afford to lose another trick but with three potential losers in clubs, how do you continue?

Many of you readers may be wondering why I included this deal as it appears to be a piece of cake to make the contract. That may be, but nearly half of the people to whom I have given the problem, failed to find the winning line.

Of those who failed, the majority reckoned on ruffing two clubs in dummy and discarding their fourth club on the dummy's ♦Q. Consequently, at trick 2 they played a club from hand and ruffed with the ♥5 on the table. If you take the same line, you will see that the only way back to your hand to score a second club ruff is via dummy's ♥6 to your ♥Q.

This, in turn, means you have to use one of dummy's high honors for the club ruff and you end up having to lose a trick in hearts. Alternatively, if you realize the futility of the second club ruff, draw trumps and rely on the diamonds breaking 3-3, your contract will fail if they are split 4-2.

So, if you chose to go the club-ruff route, kick yourself, because the solution is really simple: After winning the fourth trick with the ♣A, draw trumps in 3 rounds and cash dummy's 3 high diamonds, discarding a club from hand. If the diamonds break 3-3, well and good, you can discard your remaining two clubs and claim. If not, ruff a diamond with your last heart thereby establishing dummy's fifth diamond as a winner. Dummy's last trump serves as an entry to the table for the established diamond and your contract.

Deal 2: You open the bidding with 1SP, West overcalls 2D and partner bids 2H. Your 2S rebid is raised to game and West leads the ♦A

When dummy comes down, you think to yourself: I have 2 potential club losers and, even assuming a 3-2 split in the trump suit, a spade loser. If I trump a diamond in dummy, my three remaining diamond losers can ultimately go on dummy's long hearts, so my contract is safe.

Well, I agree with you, it is. Without further ado, you trump the opening diamond lead. What next? You're going to have to draw trumps before playing hearts in order to enjoy the 5 tricks offered by that suit. But be careful: If you play the ♠A and ♠K immediately, dummy will be voided of spades so when your opponents get in with their trump trick, they will be able to cash

one or more high diamonds to defeat your contract.

The only winning play is a to play a small trump from dummy at trick 2 and duck it to West. Let the opponents have their unavoidable trump trick while you still have a spade in dummy as a stopper against them cashing avoidable diamond tricks. Win their continuation, draw trumps and run 5 heart tricks. The contract is now secured. Still in dummy, lead a club towards your hand and, if you are lucky enough to find East with the ♣A, you will even make an overtrick.

Even on the simplest looking hands, we need to stop to think when dummy comes down. We all want to hear the accolade: "Well played partner."