Capt. Eitan Fund shows the aerial view of the border fence between Israel and Gaza depicting agricultural fields on the one side and Rafiah on the other

The two-day conference organized by Shurat Hadin in June 2019 was brilliant! It featured distinguished speakers from Israel and abroad, a wide-ranging view of the myriad aspects of "war" facing the State of Israel and the Jewish People and thought-provoking presentations that left the packed audience applauding in appreciation or frowning in disagreement (of the facts, not the approach).

For those who may not know, Shurat Hadin – The Israel Law Center in English – stands on the forefront of fighting terrorism and safeguarding Jewish rights worldwide. Their sole mission is to take legal action against individuals and organizations who incite violence, promote terror and aim to delegitimize the Jewish State. Through global court systems, Shurat Hadin is on the legal offensive against Israel's enemies by fighting terror funding, challenging social media companies, defending war crime allegations and combatting BDS, to mention a few, for sadly, there are many.

The goal of Shurat Hadin's conferences – this was their third – is to influence the direction of legal discourse and focus on emerging issues in the fight against our enemies in every sphere, but with special emphasis on the internet and cyber warfare. Notable is their recent win in the Airbnb case, where the company reinstated advertising Jewish homes in the West Bank. 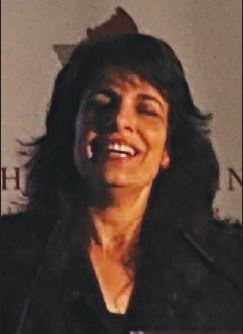 The conference was divided into individual presentations and morning and afternoon panels. In her opening statement, Nitsana Darshan-Leitner, founder and director of Shurat Hadin, spoke about asymmetrical warfare, a term that repeated itself throughout the two days. This refers to the imbalance when a democratic state fights terrorfare. "There is no way to win this, so the law is our defense," she noted. "We are here to ensure that Israel has a chance to fight back and win." And win they have even though the law and court systems move at a snail's pace.

Capt. Eitan Fund was the officer who heroically charged into a terror tunnel in pursuit of the kidnapped and mortally wounded Lt. Hadar Goldin in Operation Protective Edge in 2014. He was subsequently awarded the IDF's Medal of Distinguished Service for his bravery. He gave a gripping blow by blow account of the events on that fateful morning, highlighting the fact that Lt. Goldin was kidnapped two hours after a ceasefire with Hamas went into effect (no surprise, terrorists don't play by rules). He added that the government is not doing enough to pressure Hamas to return Lt. Goldin's body. The thundering applause was clearly in agreement with him.

Ran Bar Yoshafat was part of a panel on Lebanon and Hezbollah that included two astute and veteran officers, Brig. Gen.(ret) Gal Hirsch and Major Gen. (ret) Yair Golan. They noted that the IDF must fulfil three key objectives in any mission: protect Israeli civilians, attack the fighting power of the enemy, and complete both at a minimal price of life, damage and legitimacy. Merging these values is the key dilemma facing our military. And therein lies the rub for which there are no easy answers.

The IDF operates according to Jewish morals and ethics supporting the sanctity of life. Do they bomb a building with known terrorists but filled with civilians? Do they shoot a woman and child standing in front of terrorists? The generals both emphasized that while the IDF fights to win, it must remain faithful to its moral codes. It is unprofessional to destroy a city; if you don't fight professionally, you don't fight morally. As absolutely admirable as this is, and something about which our Jewish Nation can be proud, in the long run, I ask myself, who comes first? Us or them? Are we losing the battle of deterrence because our soldiers are handcuffed with morality issues?

My feelings of frustration and helplessness were supported by Bar Yoshafat's presentation. He does not believe in proportionate response and stated unequivocally that Israel should and must respond with speed, strength and force equal to or greater than their attacks in order to send a message of power to our enemies. The "march of return" for instance has caused enormous devastation to our agricultural fields not to mention emotional anxiety to Israelis on the Gaza border. Heretofore, government and IDF responses have been pathetically inadequate. Israel must send a response that actually hurts, and search outside the box for new and innovative ideas (a friend suggested spraying the entire length of the Gaza border fence area with pig fat). Bar Yoshafat also noted that the next war with Lebanon will be unlike any other with 150,000 Hezbollah rockets already pointed at our residential areas.

MK Gilad Erdan underscored that international law today gives terror an advantage, an absurd situation. While democracies accept legal tenets, terrorists do not, and therefore, we must work together to update international law to reflect reality. Terror organizations freely incite, use human shields, raise funds online and spread lies, which when said repeatedly, become truth in people's minds. Erdan said all the right things, but I could not help but feel exasperated at the government's apparent inability – or worse, fear - to fight fire with fire.

Other speakers talked about the egregious violations regarding ceasefires or financial donations compounded by the silence and double standards of the UN and the EU. A panel on the International Criminal Court in The Hague was notable only regarding the ICC's appalling record regarding international crimes (its mandate), with one conviction perhaps every four-five years. Some 85% of judges are not even lawyers and lack knowledge, while employees are only interested in perpetuating their own positions. There is a "shocking lack of seriousness and dignity", with ongoing perversion and exploitation of the law.

MK Avi Dichter, former director of the Shin Bet, stated that terrorists use everything they can to kill, maim and delegitimize the Jewish people and the State of Israel. They figure that the more they throw at us, the more harm they cause, and the more they can, and do, disrupt our lives. They aim to wear us down emotionally because they can never beat us militarily. In the twenty-fine years since the Palestinian Authority (PA) was formed, not one Arab has been prosecuted for terrorism. No surprise there. Dichter offered that Palestinian refugees, who numbered 170,000 in 1950 (now over 500,000 in Gaza alone), is not only a status but a frame of mind. Victims for life. Suffering is daily consumption.

A panel on North Korea highlighted the huge threat it poses to Israel beyond its nuclear capability, because it supplies rockets and chemical weapons to Iran and Syria. North Koreans live under severe oppression and human rights violations unprecedented in the modern world - 30% of children are malnourished and live in abysmal conditions. So where are those self-righteous human rights flag bearers in Geneva now? Another non-surprise: North Korea received one human rights resolution against it in 2018, compared to Israel's five.

In 1996, Yasser Arafat stated "I will declare statehood in 1999". Similarly, Hamas has a dream of "all Palestine". According to Prof. Mordechai Kedar, Oslo did not provide an exit for Israel, which is obliged to this day to supply Gaza with electricity, oil and other major needs. However, if Israel declared Gaza a state (it has defined borders, a democratically elected government, police, military, industry and so on), this would not only devalue the PA but also change the game. Members of Knesset – anyone listening?

Terrorism is not an existential threat, but a strategic one, and could be beaten through diplomacy, security, the economy, leadership and media influences. The problem is not how strong we are, but how to deploy our assets. Yet it seems that Israel is missing the boat, and we are left with a "Rest in Peace Process".

The conference also featured the honorable former Prime Ministers of Canada and Australia, Stephen Harper and Tony Abbott, as well as Alan Dershowitz who needs no introduction, MK Yair Lapid, Naftali Bennett and former US Senator, Joseph Lieberman among others. Indeed, an impressive and formidable line-up of speakers.

It is impossible to review every presentation or panel - one I haven't mentioned concerned BDS – suffice it to say that the conference was thought-provoking and informative on a very high level, and on topics that (should) concern every Israeli and Jew. Kudos to Nitsana Darshan-Leitner and her expert staff, who are leading the legal battle against our enemies. One thing the Palestinians haven't absorbed in all the decades of their self-imposed misery….we Jews are here to stay!