All Aboard the Hijaz Railway 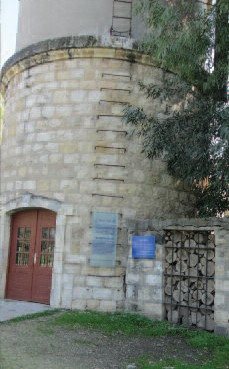 The water tower at Kfar Yehoshua museum of the Hijaz Railway

Story and photos by Wendy Blumfield

For a long time, ESRA members from the north have asked for trips with pick-up points nearer to their homes. So after much debate, planning and last-minute concerns about insufficient registrations, we set off in May for a day trip, learning about the historic Hijaz Railway and finishing off in the beautiful old Templer village of Bethlehem of the Galilee.

I must commend ESRA members for their punctuality. With pick-up points at Hutzot Hamifratz, Haifa, Zichron Yaakov and Yokneam, I did have some concern about the tight schedule. But all our passengers arrived early to meet the bus and to the minute, we rolled up to our first venue, Elroi.

While Kfar Yehoshua, our second stop is part of the National Association for Preservation of Historic Sites, Elroi was restored by a group of passionate railway enthusiasts who were actually born and brought up in the village.

Nachum, our guide, told us that Elroi was settled by Kurdish immigrants and he was one of ten children.

Co-founders of the Elroi NGO: Nathan Ben-Haim (left) and Nachum Levy, our guide

Elroi was originally built as a halt in 1904 but trains didn`t stop there; they travelled so slowly that passengers would just jump on board.

However, in later years the women also wanted to use the train and with their heavy, traditional Kurdish dress they were not able to make this jump. So the villagers petitioned the railway authorities to let the train make a short stop at the station. After the Emek railway was discontinued in the early 1950s, the station fell into disuse and eventually was designated as a site to place an oil pipe. Nachum, an adult by then, stood in front of the bulldozers and stopped the work until he got permission to form a nonprofit organization to restore the station as a historic site. So with a lot of crowd-funding, he and his colleagues, all volunteers, got the railway lines re-laid and purchased old rolling stock from all over the country.

In one of the carriages, they have arranged artefacts from that period and pictures of the working railway of 100 years ago. In that carriage, visitors can sit and watch a short film describing the restoration. The original waiting room holds timetables on the walls and although the walls have been re-painted, they do not hide the names carved by the kids of Elroi (including the then pint-sized Nachum) when they used the halt as their playground; the arrival of a train being the highlight of the day.

Kfar Yehoshua, our next stop, was originally a major station for the Emek railway and the stone buildings, water-tower, machinery that produced the steam to feed to the engines have all been lovingly restored alongside the historic track. A model railway was activated to show us the original route, which went from Haifa and was planned to go via Damascus to Medina.

Hearing about the Templer buildings at Bethlehem of the Galilee

After a much-needed rest and lunch at Alonim with its choice of restaurants, we continued to Bethlehem of the Galilee, to visit the spice shop and then to meet our very entertaining guide Kobi who lives in one of the old Templer houses.

We all forgot that by this time we were tired and hot as Kobi told us the amazing history of the village. The Templers had settled in several locations in Palestine in the latter part of the 19th century and had indeed contributed a great deal to the development and economy of the area. However, prior to World War II, the British found that many of them were Nazi sympathizers and expelled them, in some cases managing to exchange them for German Jews who were desperate to leave Germany.

Kobi also reported that there was a great deal of archeological evidence to support the claim that this was the Bethlehem where Jesus was born and not the present site near Jerusalem. As a professional working , with pregnant women it always seemed unreasonable to me that Mary in her 9th month of pregnancy could endure such an arduous donkey ride on mountain tracks all the way  from Nazareth to Judea.

We were so fascinated by Kobi`s stories that we did indeed conclude the tour rather later than scheduled, but nobody complained.