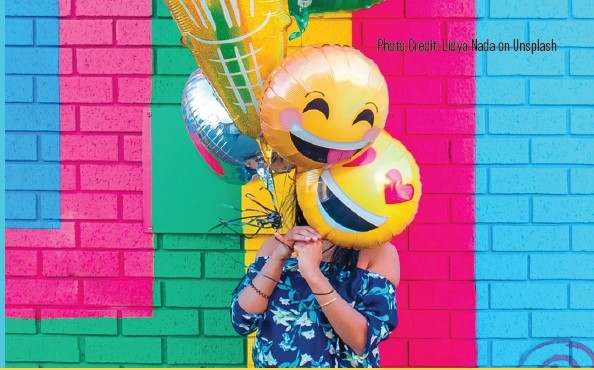 Putin visits a fortune teller and asks her what will happen in the near future.
She says; "I see you riding in a limousine through a large crowd, the people are happy, laughing and cheering, jumping for joy, hugging each other and all of them have big smiles on their faces."
Putin asks her, "Am I waving at them?"
"No," she says, "the coffin is closed."
Submitted by: Helen Bar-Lev

Abie was an R.A.F. bomber pilot in the Second World War and on his last mission his plane was shot down over enemy territory. With his parachute he landed in the grounds of a convent, where the nuns found him and decided to shelter him until there was an opportunity for him to reach safety. He settled in well and worked each day in the vegetable garden.
After a week he was summoned to the office of the Mother Superior who politely invited him in and asked him to sit down. "We are very happy to have you here and appreciate your help in the garden", she said, "but there are three things I would ask you to refrain from doing. When you come in from work, please don't wash your hands in the holy water, don't hang your jacket on the large crucifix at the door and please stop calling me Mother Shapiro.

Congregation Beth Torah hired a cruise ship for a Passover cruise. Unfortunately, the ship experienced trouble at sea. There were 11 congregants hanging on to a single rope that suspended them from a helicopter trying to bring them to safety ashore. Ten were men; one was a woman. They all decided that one person would have to let go because if they didn't, the rope would break and all of them would die. No one could decide who it should be. Finally the woman, Ruth, gave a really touching speech, saying how she would give up her life to save the others, because women were used to giving up things for their husbands and children and giving in to men.
All of the men started clapping.

An Israeli Arab finds himself hospitalized. Every morning, a group of Chasidim come and help him put on tefilin, since they don't know he's not Jewish. On Shabbat, he called the nurse: "Bevakasha. the people in black who come to take my blood pressure every morning ... aren't they coming today?"

A 3000-year-old mummy was found in an archaeological site, in Israel. Dr. Goldberg, the world famous scholar was called to examine the mummy.
After a few hours, he said: "This man died of a heart attack."
" How can you know it? " " In his right hand I found a piece of papyrus. On it was written in Aramaic --- 10,000 shekels on Goliath!

Sadie and Morris are driving home from the country club, and after an afternoon of constant arguing and bickering, you could cut the silence in the car with a knife. Both are still boiling, but are smart enough to keep quiet, not wanting to concede their position, and not wishing to get embroiled in the argument anymore. As they pass a farmyard with mules, goats and pigs, Morris remarks sarcastically, "Relatives of yours?"
"Yeah", says Sadie, "Mein mkhusnim."*Mkhusnim = in-laws

A Jew walks into a bar and sits down beside an East Asian. A moment passes and then the Jew pushes the East Asian off his chair.
"What's that for?" , asks the victim.
"That's for Pearl Harbor" , the Jew says.
"Pearl Harbor? That was the Japanese; I'm Chinese."
The Jew replies "Chinese, Japanese, what's the difference?"
The Chinese man gets up and pushes the Jew off his chair.
"What's that for?" asks the Jew.
"That's for the Titanic!" goes the reply.
"The Titanic? That was an iceberg."
" Iceberg, Goldberg, what's the difference?"

Mujibar was trying to get a job in India. The Personnel Manager said, 'Mujibar, "You have passed all the tests, except one. It is a simple test of your English language skills. Unless you pass it, you cannot qualify for this job."
Mujibar said, "I am ready."
The manager said, "You must make a sentence using the words Yellow, Pink, and Green."Mujibar thought for a few minutes and said, "Mister manager, I am ready."
The manager said, "Go ahead." Mujibar said, "The telephone goes green, green, and I pink it up, and say, Yellow, this is Mujibar."
Mujibar now works at a call center. No doubt you have spoken to him. I know I have.
Submitted by: Helen Bar-Lev

Dr. Saul says, "So, tell me about the dog and the problem."
"It's a Jewish dog. His name is Seth and he can talk," says Morty.
"He can talk?" the doubting doctor asks.
"Watch this!" Morty points to the dog and commands: "Seth, Fetch!"
Seth the dog, begins to walk toward the door, then turns around and says,
"So why are you talking to me like that? You always order me around like I'm nothing. And you only call me when you want something. And then you make me sleep on the floor, with my arthritis. You give me this farkahkta food with all the salt and fat, and you tell me it's a special diet. It tastes like dreck! YOU should eat it yourself! And do you ever take me for a decent walk? NO, it's out of the house, a short pish, and right back home. Maybe if I could stretch out a little, the sciatica wouldn't kill me so much. I should roll over and play dead for real for all you care."
Dr. Saul is amazed, "This is remarkable. So, what's the problem?"
Morty says, "He has a hearing problem. I said "Fetch, not 'Kvetch."