A Meeting of Souls 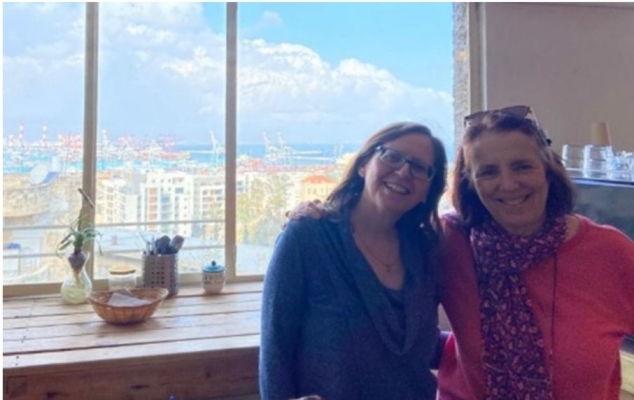 Gail and Dana meeting in Haifa 2022

From a young age, my parents fed me family stories at every opportunity they had. I loved hearing them over and over again. They covered the range of human endeavors, often spiced with intrigue, and usually flavored by the history of our people. I thought I knew them all until I discovered one by myself in my new homeland, after emigrating from South Africa.

When I was in my mid-twenties, a doctor fresh-out-of-medical school in Israel, embarking on a specialty of Family Medicine and working in the internal medicine ward of one of the country's largest hospitals, I unwittingly stepped into a story I had no idea was evolving.

At the time, my greatest cultural challenge, besides acquiring a taste for falafel and chick-peas in general, was learning Hebrew while dealing with my shyness when speaking that language, which seemed impossible to master.

As a young resident in the ward, I was kept busy managing patients, all in this new language, which I had to learn fast. It wasn't easy, but somehow, I managed. The doctors were all friendly and kind; the nurses efficient and hardworking.

There was one nurse in the ward, Tammy, the second in charge. She was quiet, gentle and efficient as she walked back and forth, a bedpan or a metal chart holder in hand. Tammy worked on the men`s side of the ward while I was on the women`s. We hardly had reason to interact but I noticed her when we sat down to eat a meal in the small staff dining room. She appeared shy and didn't initiate conversation; on my part, embarrassed as I was at my poor knowledge of Hebrew, never reached out to her.

My time in the ward passed in a flash. My memories of those months are vivid since it was there that I met my future husband, a resident in nephrology.

Throughout the following decades, the stories about my family stayed close to my heart, threading their way into the fabric of my busy life. They were a major part of my consciousness. I would retell them to my children. As questions about these stories remained, I became a keen subscriber to genealogy sites. I just loved confirming many of the facts I already knew.

And then one day, not too long ago, I was given an amazing gift: a kit for checking my genes to be sent to America. Besides the thrill of actually seeing that my son and I shared so many genes, I found several second cousins in the list of connections. There were some surprises, too. Callie Frisch, a third cousin living in America and totally dedicated to finding and connecting relatives, suddenly flashed on my computer's screen.

Callie had basically dug up our family members from scratch. After "discovering" me in Israel, she sent me fascinating photos and documents of great-grandparents from Lithuania, their families, where they lived and how we were all related.

Thanks to Callie's research, I discovered one summer morning nearly three years ago that a relative, Dana Peleg, who lives in kibbutz Ramot Menashe in Israel's north. I found out that Dana's grandmother Grunia was my grandfather's first cousin, not a regular first cousin but doubly related on both sides! And Grunia had actually visited her relatives in South Africa after being widowed at a young age leaving her to raise five children on her own.

Callie also told me that Dana, a pediatrician, was really keen to learn about her "long-lost" family and suggested I contact her, which I did. That first conversation we had was between patients, in the middle of a busy morning. I sensed her excitement about meeting the first relative ever on her mother's side. While talking about my first years in Israel, I mentioned that I had worked in "Pnimit Gimmel" at Beilinson Hospital.

There was silence for several seconds and then she said:

"My mother worked in that ward! She was second in charge! When were you there?"

"That's when she worked there too!"

Being blessed with a good memory for faces, I described how Tammy looked and what had struck me in her behavior.

"I can`t believe this! And now? Where is she?"
"Unfortunately she passed away some years ago from breast cancer…."

We instantly understood how both Tammy and I had missed an opportunity to establish our family connection over those months spent working together.

Dana went on: "My parents never spoke about their Eastern European roots. Israel was a new country and often all that traumatic history was swept under the carpet. That`s how it was, growing up here." 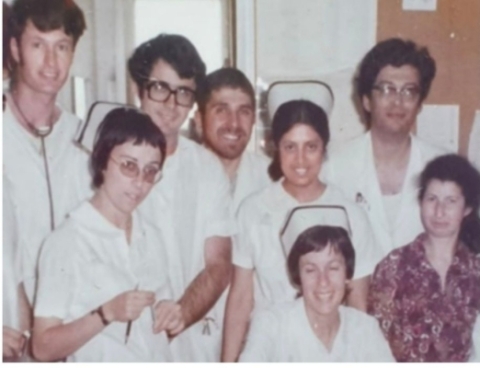 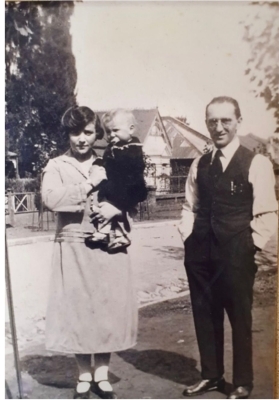 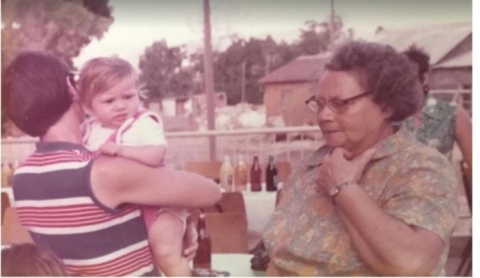 Grunia, Tammy and Dana in Israel,1976

Very soon thereafter, we enjoyed a wonderful family reunion at Dana`s home in Ramot Menashe. We told stories, studied the family tree that Dana had patiently prepared for us. We even went out into the street and took a photograph of the extended family who had gathered.

Dana and I have been in touch ever since. We know each other without trying. It's been a blessed gift getting to meet her and her lovely family. For me, it feels perfectly natural to meet a distant cousin and feel close; for Dana, it's a new experience, but equally exciting. Suddenly she isn't the only doctor in the family!

I am absolutely sure that all my family, the Loons back in Ponyevezh, would have been thrilled to know that a hundred years later, their "einige" would meet up in the Promised Land.

I wish I could`ve shared this tale with my father. He would have loved it. I can just imagine the parallels he might have drawn between Grunia and his father, David, her first cousin. And who knows? He might even have met her in Johannesburg in 1949/1950 when she visited the family, chatted to her in broken Yiddish, possibly even tried to make her smile, which is what he often did when he sensed sadness in those around him. I have no doubt that for whatever reason our family connection had been on hold, the meeting of our souls was inevitable. 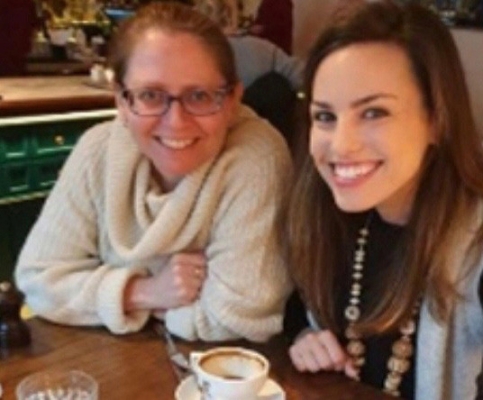 Callie Frisch Efron, a cousin in the US who connected the South African and Israeli Loons
PRINT